A high this Friday & Saturday but another rough system by Sunday 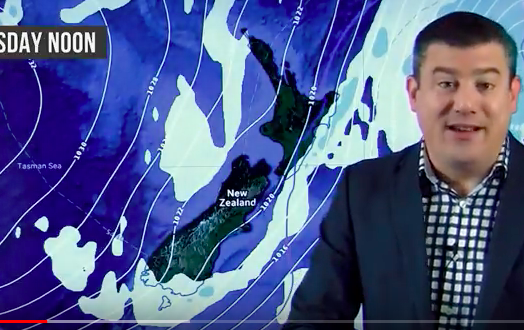 As we head into Wednesday and Thursday expect coastal showers on both sides of New Zealand as high pressure builds.

By Friday this high will be moving in and clearing any remaining eastern showers.

The high is with us for Saturday too but by Sunday a large area of low pressure in the Southern Ocean will brush the South Island while a large high remains just to the north – this is likely to create a â€˜squash zoneâ€™ with gale norâ€™westers in central NZ and heavy rain back on the West Coast.