A case for global warming? 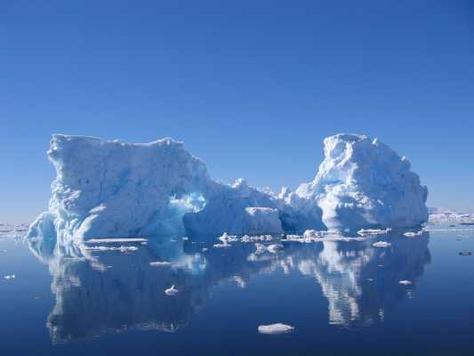 The research team says the discovery further debunks the claims of sceptics who have pointed to the continent’s growth as evidence against global warming.

The team was led by Otago University physics researcher Andrew Mahoney, who said the eight-month study focused on a topic scientists understood little about.

National Institute of Water and Atmospheric Research oceanographer Mike Williams said the research explained why Antarctic sea ice was not decreasing at a similar rate to that of the Arctic.

Figures from America’s National Snow and Ice Data Center show that Arctic sea ice shrank by about 4 per cent of 500,000 square kilometres each decade during the past 30 years. By contrast, Antarctic sea ice was not believed to have changed much in size and may have increased slightly.

However, Antarctic Research Centre director Tim Naish, who was not part of the research team, said the latest data issued in a report by Nasa indicated that the amount of Antarctic sea ice lost since 2003 could have doubled.

Dr Naish said the New Zealand team’s findings were exciting as they would help scientists understand which parts of the continent would become vulnerable in the future.

Scientists already knew the hole in the ozone layer meant a mass of cold air was channelled over Antarctica, suppressing the effects of warming temperatures.

This study added another explanation to why the sea ice was not decreasing rapidly, and provided a more complete response to the questions of global warming sceptics, Dr Naish said.

“The simple answer is that the balance of evidence is completely overwhelming.”

Although the ice shelves provided sea ice with a buffer against warming waters, that buffer would not last forever, he said.

Scientists needed now to understand why the ice shelves provided a better buffer in some areas, so as to predict how fast and how much sea levels could rise.

This was one of the most serious consequences of climate change, and Dr Naish said it was an area that would be central to discussions in Copenhagen for the United Nations climate change conference next month.

The more scientists could do to understand why and predict when sea ice would decrease, would help determine sea level rises, he said. Once the buffer of ice shelves was lost – and Dr Naish said it was unknown how stable they were – the Antarctic sea ice would be less protected from global warming.

That could lead to sea-level rises around New Zealand’s coastline.

Dr Mahoney said the findings meant that in the future climate-change scientists would need to take into account how warm water would interact with ice shelves, and not just floating ice-sheets.

Dr Williams said understanding how sea ice would change would help scientists better predict how weather systems would change in the southern hemisphere.

WHAT THE SCIENTISTS FOUND

Massive ice shelves make up half the Antarctic coastline

This causes ice sheets to grow in winter, although they still melt in summer

Covers about 15 million sq km in the winter

Melts to cover about 7 million sq km in the summer

Extends all the way to the North Pole

Floats freely in the ocean

Covers about 18 million sq km in the winter

Melts to cover about 3 million sq km in the summer

Does not reach the South Pole