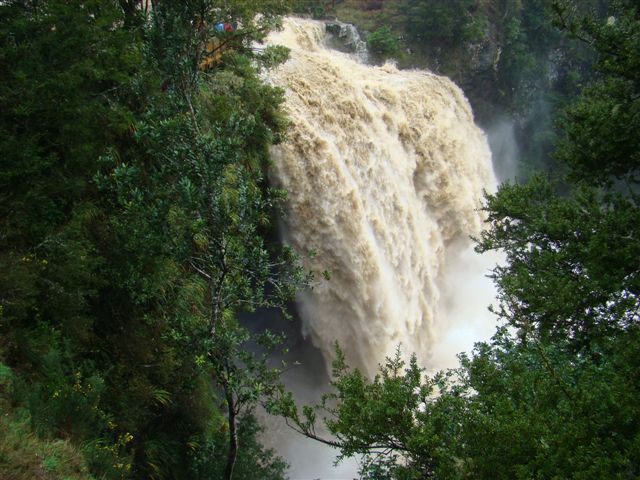 The past few days have seen gales, rain, sun, heat, cold, snow and thunder…but today things have temporarily calmed down.  Most North Island centres are only around the 20 degree mark with no one above 21 degrees.

In the South Island the recent cold change is still being felt with a number of southern and western regions still in single digits at noon, more like early July than early January.

However warmer weather is on the way – but it will be at a cost.  Rain and wind warnings are again back in the forecast.

The government forecaster MetService predicts heavy rain about southern, western and inland parts of the South Island starting today and in to tomorrow.

In the North Island more gales are forecast for Wellington, which has been hammered by strong winds for the past few weeks.  Gusts of 120km/h are forecast by MetService.

WeatherWatch.co.nz says gusts over 130km/h may affect State Highway 2 over the Rimutaka Ranges and advises anyone returning home from the holidays towing caravans or driving high sided vehicles to be aware of the dangers later on Sunday in the area.  WeatherWatch.co.nz also advises campers in Hawkes Bay to be prepared for strong to gale nor’westers on Sunday night or Monday morning.

By Sunday afternoon another vigorous low pressure system will lie off the South Island’s east coast sending a number of fronts across the country.   But the low will mean good news for dry areas.  WeatherWatch.co.nz says there is a “very high chance” of rain in Auckland and Northland late Sunday or Monday morning and spreading east into other dry regions of both islands.

Head weather analyst Philip Duncan says it wont be a drought buster but it will definitely be welcomed by many.  “It will hopefully be enough to give people a little bit more tank water and enough to get the grass growing again”.

“Because the fronts are moving in from the west it will mean most of the rain falls in areas nearer to the Tasman Sea but we still expect some spill over into eastern regions”.

Mr Duncan says another unsettled week is on the way with yet more strong sou’westers for much of the country.    “Some of the long range computer models are starting to show some of the highs shifting further south and that will help bring calmer, warmer, weather to New Zealand however they still need to move further east across the Tasman to be centred over the country and not over the sea before we see a real improvement”.