A break in the humidity….for now 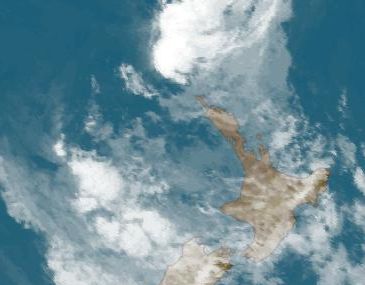 Humidity levels will today drop across the country behind a couple of cold fronts and a southerly change, reports WeatherWatch.co.nz.

However the more refreshing change will be short lived, with humid weather returning again this weekend.

Yesterday saw parts of the country reach 100%, including Auckland city.  While 100% humidity happens from time to time it is generally less common during the hotter months of summer.

The hot, humid, northerly flow created some unusual weather observations, including high humidity on the east coast of the South Island (normally dry air), hot weather in Wellington (27 to 29 degrees) and very hot weather in Manawatu, Horowhenua, Wairarapa and Wanganui where temperatures were in the late 20s and early 30s.

The humidity combined with the heat made for sticky conditions in Auckland, where the humidex – or feels like temperature – peaked at 36 degrees.

WeatherWatch.co.nz says that behind Vania and Zelia is a significant weather pattern shift that will make New Zealand – particularly northern New Zealand – vulnerable to heavy rain makers in the coming week or two.

Quite humid and warm again in Gisborne today, already 32 degrees. Metservice forecast a high today of 27 lol…Looking forward to cooler weather coming over the next few days hopefully

Glad it is gone! nice to have the W winds again. They did try to kick in yesterday but failed.
Cicadas are singing well this morning. T’is nice to see blue sky again.

Really appreciate all you do – thank you.

As for yesterday, it was the highest level of humidity I have experienced in 5 yrs here.

Thanks for the feedback – we’re glad you like our service!

Yes – very very humid – and February’s weather is usually even hotter, so that coupled with high humidity could make for a tropical month in the north especially.