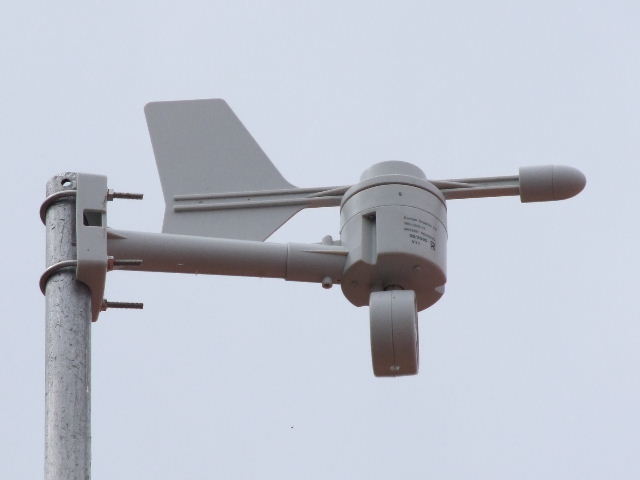 Gale force winds rocketed through Auckland Thursday night and across other main centres as a deepening low south of New Zealand moves by.

As of 10:30pm winds were gale force along the Manukau Heads near Auckland with gusts over 120km/h.  Across the city itself gusts are reaching 100km/h and are still building although are probably now peaking.   Squally rain is now moving in to the city.

The main belt of gales has now cleared Wellington and remains over much of the North Island heading north.

Heavy rain is continuing to fall across the South Island with houses flooded in Greymouth this morning.

The normally dry Marlborough region has also had heavy rain for much of the day – our Blenheim Weather Watch reporter Anna Richards says it’s been pouring in Blenheim since early this morning.

There are 26 severe weather warnings currently active across New Zealand.

Four houses were flooded over night in Karoro – a suburb of south Greymouth after the local Saywers Creek burst its banks early this morning .

There was a critical two to three hours for some Greymouth residents at high tide after a deluge of rain between four thirty and eight thirty this morning flooded the four houses and threatened a number of others the Karoro area.

Evacuation of houses in the area was considered.

This morning Mr Pretorious says the danger subsided with the tide and it had stopped raining.

He says they seem to be out of the woods – the houses flooded suffered varying degrees of damage and fire service started pumping water out as soon as it came in.

Mr Pretorious says all the owners of the flooded houses are insured.

It is reported that fifty millimetres of rain fell between five and ten this morning.

Over 9000 lightning strikes have been detected out in the Tasman Sea this morning however so far none have made it to land.   WeatherWatch.co.nz says the risk for thunderstorms and squalls will increase tonight along the entire western coastline of New Zealand.

Rain clouds are now moving into Waikato southwards but the rain has been delayed for Auckland and Northland – it’s expected tonight.

Gales are sweeping through Cook Strait but are yet to reach any populated centres.  As of 2:30pm the strongest wind gust in the country was 120km/h on the top of Mt Kaukau in Wellington and at Castlepoint.

Winds are near gale force in Wellington.

Last night about 7.10 my husband and I saw a white ball shaped thing appear and then disappear in the sky and the lights flickered..Just wondering if anyone else saw this and if it could have been ball lightning.

Where abouts do you live? In Green Bay/Titirangi area there was either a lightening ball or (as we think) a number of power lines arced in a neighbouring street.

It‚Äôs extremely gusty here in South Auckland, with lots of rain as well.

Just had the lid of someones bbq fly into the back of our house in St Heliers! Does not belong to any immediate neighbours! God only knows where it cam from!!

Getting extremely gusty here in Browns Bay – close to beachfront. Windows rattling etc. No rain yet though.

It didnt take too long since my last post for the rain to make it to Browns Bay. Not as bad as expected and it hasnt taken out the Sky TV satellite signal – yet. Its hitting my unit from the west and thats usually far more tame than when its coming at us from the east ( beach ) side.

bac again, I live in the Mamaku’s (KIaimai Range towards Rotorua) and reporting winds here are ferocious. with sparse but heavy rain. Moreb trees down tonite i expect
cheers

Winds fresh now since 4pm WNW,Milder than last night but will be great to see the windless days and sunshine of summer,No condensation No pine needles.

Very Very fun trip flying to wellington late this morning. turbulence from the word go . . . and was especially bumpy with the nor’west rolling over the kaikoura’s when we went over. Screaming kids and a quick fun flight couldn’t have been a better start to the fishing trip. Wellington city today very wet and windy I just wish I didn’t have to walk down lambton quay. Still it would have been nicer in chch as always.