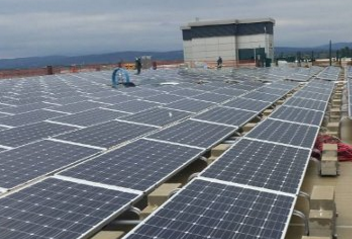 The government’s goal of 90 percent renewable electricity generation by 2025 can be achieved, a new report argues.

The Royal Society of New Zealand commissioned the research which was written by a panel of experts, led by Victoria University Professor Ralph Sims.

“Many mitigation options are already well-understood and achievable and also have flow-on benefits.

“Business-as-usual approaches will not get us where we need to be.”

The report said the government’s goal of reaching 90 percent renewable electricity generation by 2025 was technically and economically possible.

To do this, it argued the electricity grid needed to be more flexible with more energy storage and found an even higher percentage could be reached if back-up generation could be put in place to meet seasonal peaks, particularly when water flows were low in the hydro-electric dams.

The report suggested it could be possible to get to near zero net carbon emissions for electricity generation, by including some coal or gas fired power plants linked with carbon dioxide capture and storage.

Almost half of New Zealand’s greenhouse gas emissions come from the agricultural sector, and Professor Sims acknowledged it would be challenging to reduce those emissions unless the country’s reliance on animal protein production was also reduced.

“But emissions could be reduced by adopting ‘best practices’, selectively breeding cattle and sheep and adjusting rumen biology to reduce emissions.”

Despite the high level of emissions coming from agriculture, the report also made the case that there was room to make serious changes in other areas, with some that could start immediately.

An international team of 32 authors from 24 institutions in eight countries has published 25 April 2016 a study titled “Greening of the Earth and its Drivers” in the journal Nature Climate Change.

Part of abstract – Global environmental change is rapidly altering the dynamics of terrestrial vegetation, with consequences for the functioning of the Earth system and provision of ecosystem services1, 2. Yet how global vegetation is responding to the changing environment is not well established. Here we use three long-term satellite leaf area index (LAI) records and ten global ecosystem models to investigate four key drivers of LAI trends during 1982–2009. We show a persistent and widespread increase of growing season integrated LAI (greening) over 25% to 50% of the global vegetated area, whereas less than 4% of the globe shows decreasing LAI (browning). Factorial simulations with multiple global ecosystem models suggest that CO2 fertilization effects explain 70% of the observed greening trend, followed by nitrogen deposition (9%), climate change (8%) and land cover change (LCC) (4%). CO2 fertilization effects explain most of the greening trends in the tropics, whereas climate change resulted in greening of the high latitudes and the Tibetan Plateau. LCC contributed most to the regional greening observed in southeast China and the eastern United States.

“The greening over the past 33 years reported in this study is equivalent to adding a green continent about two-times the size of mainland USA (18 million km2), and has the ability to fundamentally change the cycling of water and carbon in the climate system,” says lead author Dr. Zaichun Zhu….and Professor Sims said ambitious action was needed on climate change by all New Zealanders….go figure.

And…. by using biofuels Europe has been unknowingly playing their part in the greening of the planet.

Using biodiesel for transport was supposed to reduce CO2 emissions but instead it’s set to increase Europe’s overall transport emissions by almost 4%, according to a new analysis of the European Commission’s latest study on biofuels. These extra emissions are equivalent to putting around 12 million additional cars on Europe’s roads in 2020, the analysis by green group Transport & Environment (T&E) finds. This analysis takes into account the 7% cap on the contribution of biofuels produced from food crops.