42 years since the loss of the Wahine 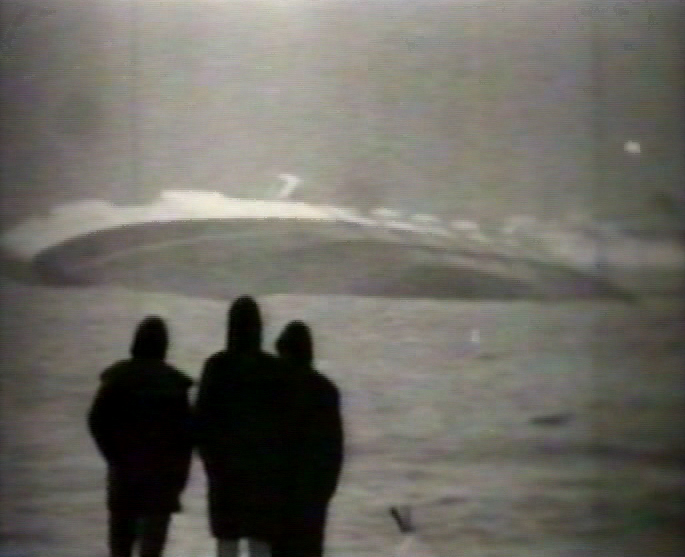 Shortly before daybreak on the morning of Wednesday 10th of April 1968, the Wahine went aground on Barrett Reef in very severe weather, just inside the entrance to Wellington harbour. Aboard were 610 passengers, 123 crew and one stowaway, nearing the end of what had been a routine overnight voyage from Lyttelton. On the Wahine’s vehicle decks were 75 cars, four trucks, 114 bags of mail and 24 “Seafreighters”. These were tarpaulin-covered pallets mounted on wheeled trailers and loaded with general cargo.

Hidden by the night, a huge rogue wave had, 27 minutes earlier, caught the Wahine when she was just to the north of Pencarrow Head. The wave rolled the ship Poseidon-like onto her starboard side. She had recovered only to then be overwhelmed by catastrophic winds and seas that, in less than a minute, had more than doubled to hurricane force. Again and again the Wahine’s Master battled to turn her back out to open water in Cook Strait. He succeeded only to once more lose control of his ship as she was driven onto the rocks.

The Wahine was blown across Barrett Reef, regaining deep water at the reef’s northern edge with her underwater hull extensively damaged and all steering and propulsion lost. Despite her injuries the Wahine miraculously remained upright and afloat. In an act of bravery that has never been recognised, her Chief Officer Mr R S Luly and Bosun Mr G H Hampson went out onto the Wahine’s exposed foredeck in hurricane winds to let go the ship’s anchors. For the rest of the morning as the storm worsened, she drifted stern-first on her anchors up the harbour in mountainous seas. She was close to the Fort Dorset shore, not under control and sheering from side to side through arcs of up to 130 degrees under the immense force of the wind.