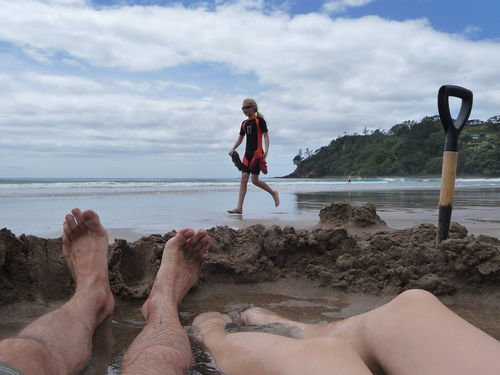 As summer heat continues to bite there’s some talk temperatures are set to rise further with 40 degrees being a possibility.

Dr Jim Sallinger said intense heat is moving over the South Island with 40 degrees on the cards in some areas from Marlborough to Timaru. The high 30s could also take place over eastern areas of the North Island.

His thoughts are that it’s a similar set up to February, 1973 when the low forties took hold in Marlborough and Canterbury.

WeatherWatch.co.nz believes very warm to hot air could cover eastern areas of the Mainland tomorrow as an anticyclone slips away to the east.”It’s looking hot in many places and the 30s certainly seem likely” says Weather Analyst Richard Green “but the 40 degree mark is in a different class and I’m not sure if it will top that sort of figure”.

Looking at our history of hot temperatures and the mercury has sizzled to  40 degrees or more on three different occasions.
One was in 1908 in Timaru where it was exactly 40 degrees, 1973 saw highs above 42 degrees over the north east corner of the South Island and just 2 years ago in Timaru 41.3 degrees was the reading.

WeatherWatch.co.nz received numerous comments from readers via Facebook yesterday about the hot spell covering much of the nation. Many thermometers in the backyard were already climbing into the low thirties and some were certainly struggling to cope with the heat.

How would you cope with temperatures of 40 degrees or higher? A dream or a nightmare?

Yes a summer like I remember as a kid .The seventy summers were hot as hell .
Couldnt even walk on the sand at the beach