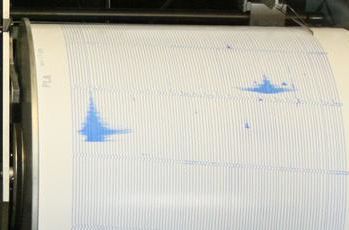 The magnitude 4.7 quake at 2.19am was recorded at a depth of 30km, 10km north-east of Upper Hutt, GNS Science reported.

The tremor followed a 4.5 magnitude earthquake at a depth of 40km, 20km north-west of Wellington on Monday.

Some Christchurch residents who fled to Wellington after last week’s quake have been traumatised by the latest earthquake near the city.

Newstalk ZB said a number of people called the station saying they couldn’t take much more.

GNS Science said it had received one report of slight damage from the quake.

EWWWWWWWW!!!! Just stepped outside and there is the most creepy cloud swirling above our house . . .. I mean . . it looks totally creepy!!

Send us a photo!

Its gone – whew! I dont have a camera!!!! After typing my message I shot back out side to have another look. The swirl had dissipated but I could still see a little rotation happening in the mass of cloud so I got my cell phone to get video of it but it wasn’t distinguishable anymore. Cell phones are USELESS catching things like that anyway.

Here’s hoping another WW fan caught it on camera and sends it in. Argh – YUCK!

Im gonna put away my grass skirt and face paint now. No more thunder dances for me. They say you should be careful of what you wish for dont they. I wonder if tauranga will get a tornado though?

What a load of rubbish. You need to get a life.
You have been reading or hearing about the SO CALLED AMERICAN WEAPON, that supposedly can be directed to anywhere on the globe and cause an earthquake. It has been said that it creates a very weird circular cloud.
Unless you have proof about something like this, ie, a photo or video, don’t post anything.

What? Mate . . . you’v been reading some wierd stuff and you got the gore to tell me to ‘get a life’? Who the hell do you think you are noddy?

No, I dont have evidence apart from what I have said and described above – and I am PEEVED to the core that I dont because it was really creepy to see, and when you see something like that you dont keep it to yourself, especially when your a WW fan!!!

It was the beginnings of a Tornado – I know this MIKE – I simply have never seen one form like that before!!

I saw it, watched it for a moment – got the severe heeby jeebies – shot inside – sent message on WW – went back outside and it had eather dissipated &/or moved on and wasn’t distinguishable anymore. We have a manual camera somewhere in the wardrobe and all I had immediately on our kitchen table was my cell phone, which as I said are useless. They dont give sights like that true justice. That required a video anyway so you could see the cloud doing its swirl and we dont have one.

So Mike, as far as Im concerned, unless youv got something nice to say, information to add or share, or some real good humour to make everyones day – DONT COMMENT. Thanks 🙂