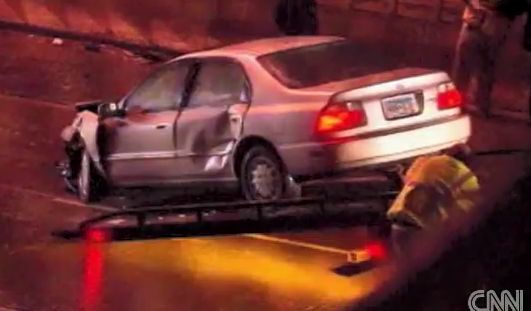 Freezing rain – rain that instantly freezes when it touches cold surfaces – created ice-covered roads which made for a treacherous Saturday night in Minnesota, where more than 370 crashes were reported, most of them in the Minneapolis-St. Paul metropolitan area, officials said today. One person was killed.

“We had some rain, and as the temperature got below freezing, it created a layer of ice on the road,” said Minnesota State Patrol Lt. Eric Roeske. “Until people hit it, they didn’t realize it was out there. It was like an ice skating ring… everyone had a difficult time dealing with it.”

A freezing rain advisory for the area expired 3 p.m. (4 p.m. ET) Sunday, but the National Weather Service issued another one in south and southeast Minnesota from 6 a.m. to 3 p.m. CST on Monday as a low-pressure system moves across the region.

Forecasters predicted that ice as thick as one-tenth of an inch could accumulate on the state’s roadways — with bridges and overpasses especially susceptible.

Saturday night’s fatality occurred in a crash on an ice-covered road, and weather was likely a factor, according to Roeske. Other possible factors in the crash were under investigation, he said.

More than 50 of the crashes on Saturday involved injuries. None of the injuries were categorized as serious, Roeske said, but there is a possibility that some could have been and that busy first responders did not classify them that way.

“Because it was an ice situation, it made it much worse than just a simple snowstorm,” he said. “Over the course of just a couple of hours, it went from dry roads to wet. That ice is the problem because there’s no way to distinguish it from the roadway.”

The roads were so slippery that it was difficult to even walk, Roeske said. “Obviously, with that number of calls, it was something extreme to deal with. It was an incredibly busy and dangerous night.”

As of Sunday morning, “We have problems keeping the plow trucks on the road,” Carver County Sheriff Sgt. Dewitt Meier told the Minneapolis-St. Paul Star-Tribune. “The plow trucks keep going in the ditches.”

A sheriff’s department employee was involved in an accident on the way to work Sunday, but was not injured, Meier said.

“I can’t say enough how any travel that isn’t absolutely necessary is not advisable,” he said.