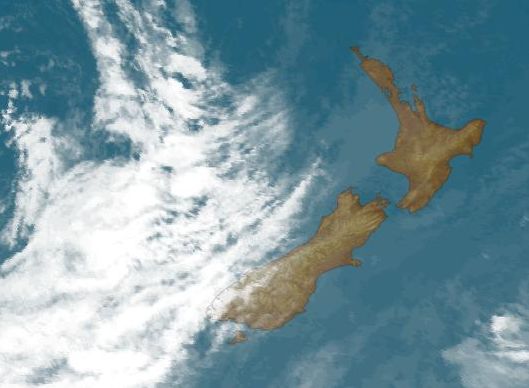 It’s rain band after rain band for the North Island this week and into the weekend as a series of lows and fronts line up, while the South Island may be too far south for the bulk of the rain.

The outlook is certainly not one that many will be happy to hear about as heavy rain events push June towards being another record challenging month as far as wet and warmth goes predicts WeatherWatch.co.nz.

The first rain band moves in later today for the South Island’s West Coast then pushes across the North Island tomorrow.  It will bring bursts of heavy rain to central and western parts of the North Island.  Patchy light rain will arrive in the east later in the day.

Then on Friday it’s deja vu with another front and associated low moving into the North Island’s west coast during the day.  Again it will spread to the east later in the day.

As as it clears overnight Friday and early Saturday it will only be clearing the way for the next front and low, scheduled to arrive later on Saturday and again bringing rain.  On Sunday the low will stall over the North Island bringing showers. which should ease around Auckland and western areas on Monday.

A few showers are forecast for Christchurch, Dunedin and Invercargill up until Sunday with only light patchy rain expected from tonight’s biggest rain band pushing in over the next 24 hours.

Looking ahead into next week and models are still indicating a cold south easterly flow over the country, potentially bringing snow to the ski fields of the North Island on Tuesday and Wednesday while frosty weather returns to the South Island.

Without the cold weather the garden bugs don’t die off and cause an explosion in spring. Looking forward to some crisp weather.