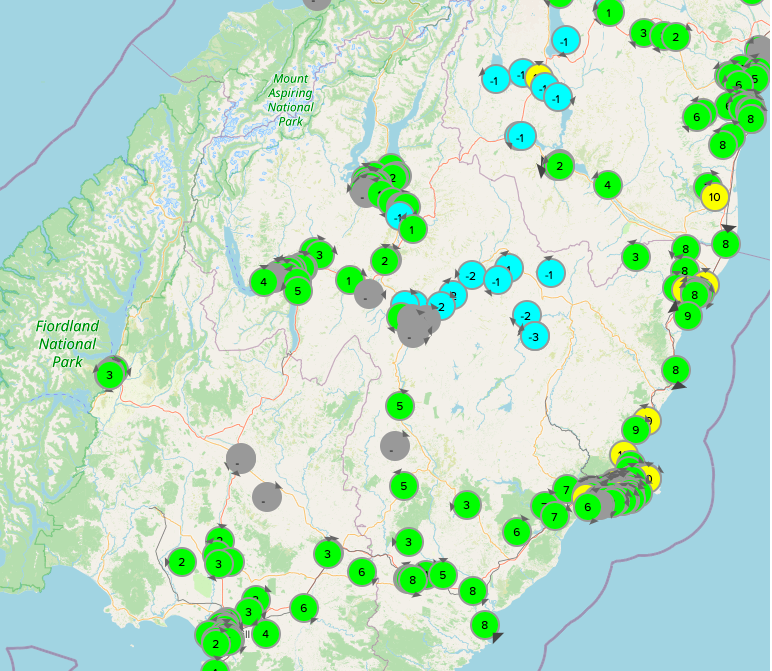 Sub-tropical winds are pushing temperatures well above average in the upper North Island today, while high pressure, cloud cover and light winds sees a number of places below zero even in the 2pm hour.

It’s quite an afternoon contrast rarely seen in New Zealand as a low in the Tasman Sea pushes temperatures into the late teens at 2:30pm in northern NZ while high pressure in the South Island locks in the cold from overnight with cloud cover blocking sun from warming it up.

Just this morning WeatherWatch.co.nz said that tonight temperatures will be down to -5C in the South Island while the mid teens in the upper North Island.