25 Years Ago: A Perfect Storm, an Unnamed Hurricane, and a Historic Halloween Blizzard 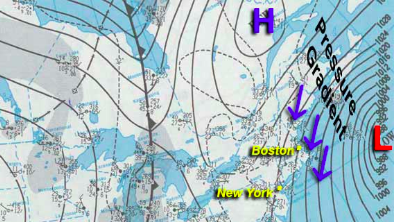 Twenty-five years ago, a pair of historic storms lashed the East Coast and upper Midwest, one of which was so meteorologically spectacular it earned the name “The Perfect Storm,” becoming a part of pop culture after the June 2000 movie release of the drama/thriller with the same name.

What made the storm off the East Coast “perfect,” as described by the National Weather Service, was a perfect confluence of factors, including a strengthening non-tropical low off Atlantic Canada, a former hurricane, strong high pressure over eastern Canada and the eastern U.S., then a bizarre transition to another hurricane.

After a strong cold front swept off the East Coast, an area of low pressure developed on Oct. 28, 1991 east of Nova Scotia, quickly intensifying into the following day.

As it did so, a strong area of high pressure was burgeoning over eastern Canada, producing a tremendous pressure gradient between the high and the lowering pressure of the gale center. The stronger the pressure gradient, the more fierce the winds.

Surface analysis for Oct. 30, 1991. A tightening pressure gradient between the mature storm system (surface pressure of roughly 972 millibars) and an area of high pressure stretched out from the Carolinas northward to far eastern Canada. The “Perfect Storm” reached its peak intensity on this day producing ferocious northeasterly winds across coastal New England and battering the shoreline with tremendous wave action. Source: hpc.ncep.noaa.gov

Winds already increased to tropical storm-force near the center of the storm and along the New England coast of the United States.

According to the best-selling novel “The Perfect Storm” by Sebastian Junger, it was during this intensification phase of the low that presumably sunk the fishing boat “Andrea Gail” on Oct. 28.

Then it got even more meteorologically complex.