2:30pm: Cold day across the country, but not freezing for most 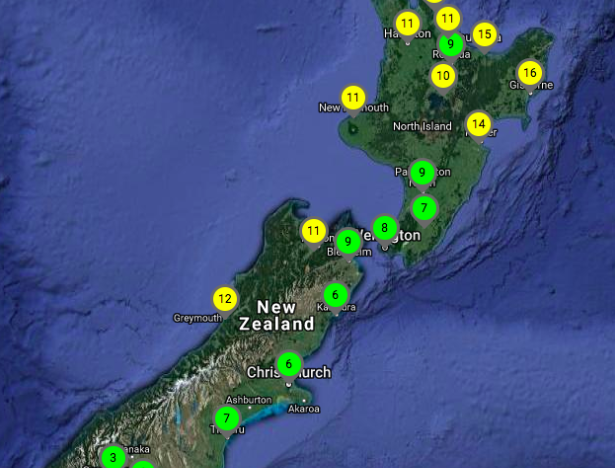 It’s a cold day across New Zealand and for some regions even colder air is yet to come as the southerly heads further up the North Island. The main front should clear the island by midnight leaving showers and colder air over the country. By tomorrow night high pressure from the west will slowly start to move in and that will create a colder night tomorrow night with a higher chance of frosts.

As for Wednesday afternoon it’s cold nationwide. The warmest regions may not be where you think with the West Coast, Hawke’s Bay and Gisborne in double digits and even in the low teens. In Auckland it’s just 8 to 11 degrees with Hamilton and Whangarei hovering around 11.

Taranaki is now amongst the cold change and temperatures as of 2pm vary from 5 degrees to 10 degrees.

Wellington is cold, mainly 5 to 8 degrees and that doesn’t count the wind chill, which makes it feel closer to zero.

Christchurch is mainly 4 to 7 degrees while Dunedin is mostly 2 to 5 degrees right now. 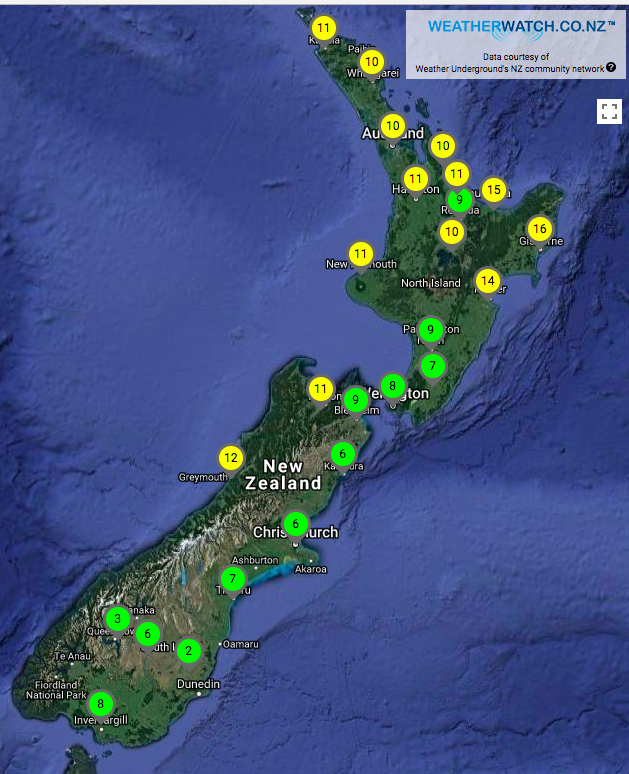