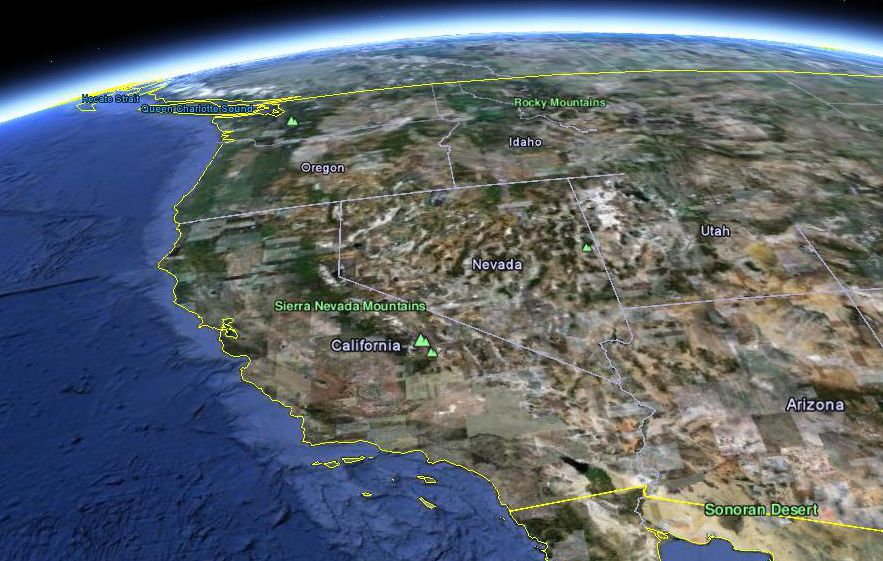 Wind gusts stronger than 225km/h — which would be equivalent to a Category 4 hurricane — have been measured on the Sierra Crest mountain ridge, according to the National Weather Service. Lower-lying areas also have been hit hard by Santa Ana winds, with 130km/h gusts expected in southern California.

It’s all part of a system the federal weather agency called “the strongest easterly wind event in the past several years.” In southern California, Santa Ana wind is a condition in which strong winds descend to the Pacific Coast around Los Angeles from inland desert regions, according to the weather service said.

The National Weather Service has issued high-wind warnings for large stretches of southwestern and eastern California, as well as much of Nevada and parts of Utah. Wind advisories are in effect for much of the rest of those three states.

The Los Angeles Department of Water of Power reported that, as of that same time, about 129,000 of its 1 million customers did not have electricity. The department added, in a press release, that it has over 100 crews responding to more than 1,000 incidents thought to be responsible for the outages.

As of early today, that airport appeared to be operating normally with minimal delays, said Marshall Lowe, a spokesman for the Los Angeles World Airport Response Coordination Center. The same couldn’t necessarily be said for some others, with Lowe noting that there was a roughly 1-hour delay for flights destined for Las Vegas’ McCarran International Airport.

Gale warnings were in effect for some southern California coastal locales, while heavy snow fell over the central and southern Rockies as part of the same system, according to the weather service.

Fire hazards were another potential problem, with the combination of strong winds and moderate-to-low humidity spurring Red Flag Warnings through 6 p.m. PT Friday for Los Angeles and Ventura counties.

Downed power lines adjacent to Occidental College in Los Angeles started a two-acre grass fire and prompted a precautionary evacuation of those nearby, the Los Angeles County fire department said. No one was injured.

Hi I was wondering how long these winds usually stuck around for as we are due to fly to LA in three weeks for month and wasn’t aware that they had severe whether around this time of year?
Thanks guys 🙂

Hi there, we don’t really monitor the frequency of these events in Calirfornia but our feeling is that they are unlikely to linger for 3 weeks.  LA itself is a massive city and the eastern and north eastern sides are very hilly/mountainous – the airport is well west and isn’t well known for weather related issues.

I read somewhere these winds are the same effect as Canterbury’s Norwester? (fohn winds are known as the Santa Ana Wind in Los Angeles) Is this right? I think there’s been wind events like this in Canterbury before with a norwester because its a fohn wind and they’re extremely strong.

Hi there – yes you’re right.  And in Canada they have the Chinook winds, same thing.  Hmm, maybe we need to come up with a name for the South Island nor’westers??

Northwest dusters/gusters since the southerly buster exists and NW there are often dusty.