2019 Solar Winter ends this weekend, but then it may get colder 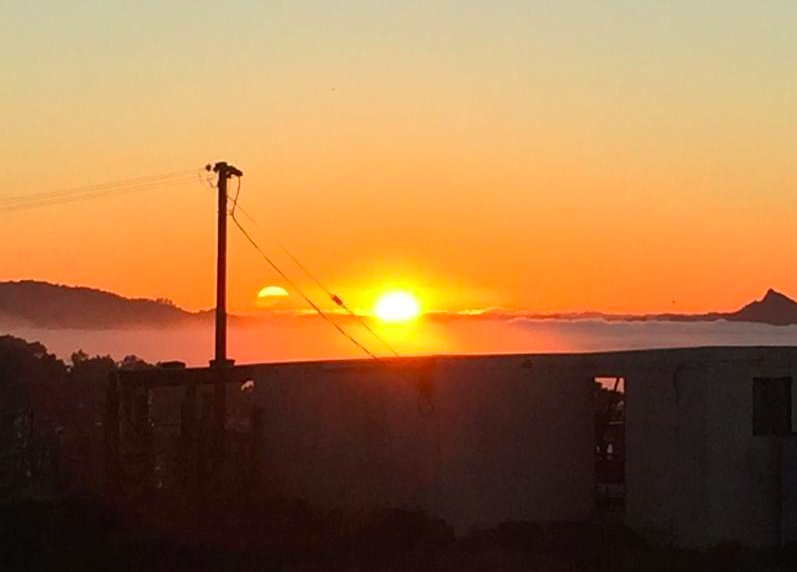 These dark 12 weeks don’t always align with the coldest weather, in fact after the Solar Winter finishes we often get some of our coldest blasts, peaking up until the mid to end of August.

WeatherWatch.co.nz says with the current pattern NZ may end up leading in to quite an unsettled, cold, August despite the warm run up to now.

So while the Solar Winter has come to an end true winter has not. Whether you believe winter ends on August 31st or the Spring equinox in late September, either way cold snaps bringing snow to low levels can continue as late in the year as October, sometimes even November.

While next week does see a brief warm up – some regions may even have sub-tropical breezes for a time – there are some models indicating yet another big polar snap on the way the following week.

It doesn’t appear New Zealand is getting an early spring this year – just a very late and probably very short winter.

– Image, Morning sun rise over Te Kopuru on a beautiful clear morning at 7.37 am Uploaded to the WW Photo Gallery by: Richard Hurle Date: 2nd Jul, 2016

This weekend’s event is a nonevent for Wellington so far – sunny Friday and Saturday, looking good so far today. May be different by tomorrow.

It’s clearly not happening this winter, but an analysis I once did of 30-odd sites with lengthy daily records showed that for almost all of them the coldest 2 weeks of the winter ended on the 15th, 16th, 17th or 18th of July (with not much difference though a week or so either side of these fortnights).

Thank you for the above which reflects very much NZ winters. Unlike NIWA who believe that the beginning of August cold snap is just a glitch in their predicted mild winter, your comment shows the reality of winter can bring.