2012 – A record breaking year in weather 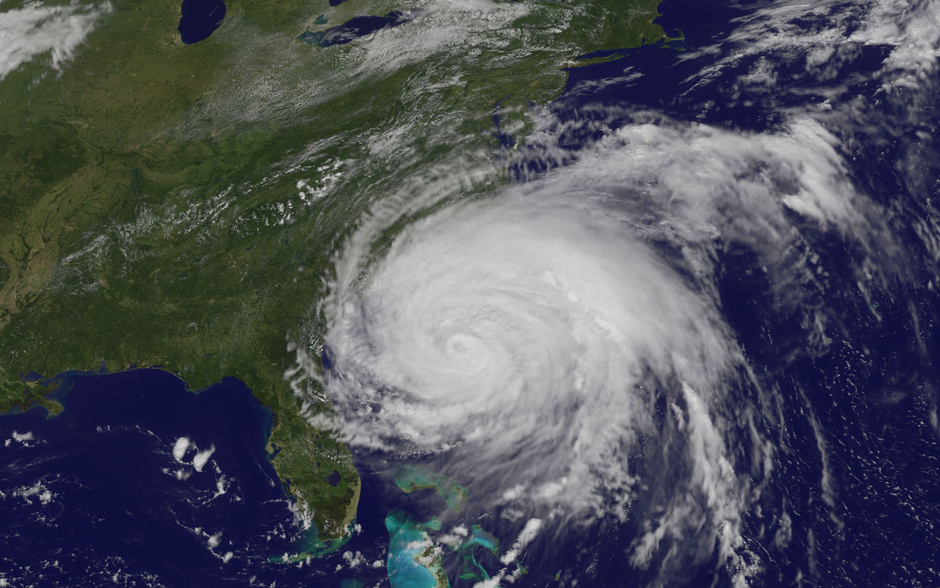 A major US report held as the world’s most authorative annual climate check has shown a range of records were broken last year – and mostly for the wrong reasons.

The 2012 State of the Climate report, released this morning, found that average temperatures across global land and sea surfaces last year ranked among the 10 warmest years on record.

And it showed New Zealand stood on the edge on an area experiencing the fastest rising sea levels on Earth.

It comes just days after a sobering summary by the Prime Minister’s chief science adviser Sir Peter Gluckman, detailing the extreme weather, pests, and impacts on industry that would come as New Zealand climate became 2.1C warmer by 2090.

Globally, land surface temperatures alone were among the 10 warmest on record, while heat content in the upper 700m remained in near record high temperatures.

While the number of tropical cyclones and hurricanes was normal, some wreaked massive devastation.

Hurricane Sandy left nearly 285 dead and almost US $70 billion when it slammed into the US east coast in October.

Super Typhoon Bopha, which killed more than 1100 people in the Philippines, was the only storm on record to produce winds greater than 130 knots (230km/h) while so close to the equator.

And following sharp decreases in global sea level in the first half of 2011, thought to have been linked with the effects of La Nina, sea levels rebounded to reach record highs last year.

“The Western Pacific is the place where sea levels have been going up the fastest in the last few years – so we are on the edge of the fastest rising region in the globe,” said Victoria University climate scientist Dr James Renwick, a co-author of the report.

Over July 11 and 12, a new melt extent record was recorded at the world’s second largest ice body, when 97 per cent of the Greenland Ice Sheet showed some form of melt – four times greater than the average amount for that time.

At the opposite end of the planet, the climate in Antarctica was relatively stable, and the largest maximum sea ice extent on record was observed in September.

Global CO2 emissions from fossil fuel and cement production that reached record levels in 2011 were expected to hit new records in 2012, growing 2.6 per cent to a total 35.6 billion tonnes of CO2.

Atmospheric CO2 concentrations grew by 2.1 parts per million (ppm) in 2012 to 392.6 ppm, and, for the first time, concentrations at seven of 13 Arctic observation sites exceeded the 400ppm milestone.

“A lot of people like to say that global warming stopped in 1998, and that’s said because temperatures have gone up pretty slowly,” Dr Renwick said.

“But ice has been melting more rapidly, more heat is going into the ocean and the sea level is rising faster.

“All of those things indicate that the climate system as a whole is continuing to warm up – and warm up faster as we go along.”

A wide-ranging overview of climate change in the future is expected within the next few months, when the Intergovernmental Panel on Climate Change reveals its long-anticipated fifth assessment report.

* 392.66 parts per million – the projected concentration of CO2 in the world’s atmosphere in 2012, a level exceeded in some parts of the globe.
* 35.6 billion tonnes – projected global CO2 emissions from fossil fuel and cement production.
* 97 per cent – a worrying new melt extent record observed at the Greenland Ice Sheet last September, meaning nearly all of the vast body was seen to be melting.
* 285 – people killed when Hurricane Sandy struck the US.
* 2.1C deg – mid-range projections for average temperature rises in New Zealand by 2090.

I may be a bit thick on this.
Could it be explained please how ocean levels can rise only in certain places, surely the fact must be that with the oceans connected then a rise in sea levels would be experienced all around the world ( allowing for the normal rise and fall due to the natural tide action of course)
We hear news items on how ocean levels are effecting some low lying Pacific Islands but some of this may also be due to the sinking of these small Islands.
As I walk along the beach I’ve walked for many years I cannot say that I’ve noticed an appreciable rise in the level.

It’s fairly simple really – as are most things.

Water expands as it get’s warmer – therefore it takes up more room.
This causes localized rising in areas which experience more warming than the average. There are flow on effects but they are perhaps not a quick as one would expect. After all – does the same volume of warmer water (which takes up more room) weigh any more than the same volume of cool (denser) water?

New Zealand’s climate is moderated by the oceans which surround it – it takes a longer for the ocean to warm than the land – New Zealand, because if it’s extensive coastline is somewhat ‘sheltered’ from the warming (or rises) seen in other areas.

Fair enough.
Then the contents of this link make for very interesting reading.

It is called junk science for a reason. You could drive a truck through the errors in that article.