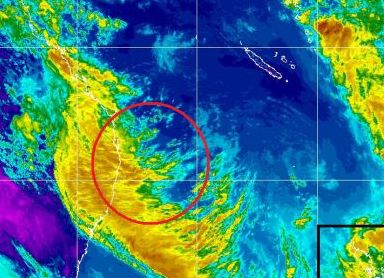 WeatherWatch.co.nz is regularly monitoring the South West Pacific Cyclone Season – bringing you the latest on any tropical development that may impact New Zealand or nearby destinations.

For the first time in New Zealand we’ve combined data from Cyclone Centres in Australia and Fiji along with long range weather maps created by various offshore organisations, both public and private.

We hope you’ll find the information on this page interesting to follow.

– See the bottom of the page for the official cyclone centres in Australia and Fiji – we advise you use these sources if you have interests in the Tropical South West Pacific.

Conditions remain fairly settled around the tropics however there are signs of some development in the sub-tropics.  While this isn’t an area for tropical cyclones it is an area that can produce rain bearing lows for New Zealand.

A weak low will form off the Gold Coast and drift towards New Zealand this weekend bringing low amounts of precipitation (in the form of drizzle, showers and light patchy rain).

Cyclone predictions made by both Australian and Fijian weather authorities calls for a very low risk of any tropical cyclone development in the next 3 days.

However it’s important to note that the cyclone season has only just begun and won’t peak until around February.

Australia’s Bureau of Meteorology says the current La Niña in the Pacific remains moderate to strong. Given the current strength of the event and the outlook from long-range models surveyed by the Bureau and NIWA here in New Zealand this La Niña is expected to persist into at least early 2011.

At this very early stage the computer models are picking an area of low pressure may form. 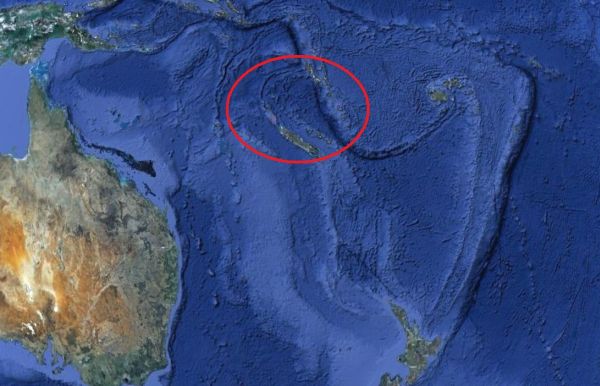 Map shows potential area for a low pressure system to form next Saturday, Nov 20th.  Prediction made with the help of ECMWF data / WeatherWatch.co.nz 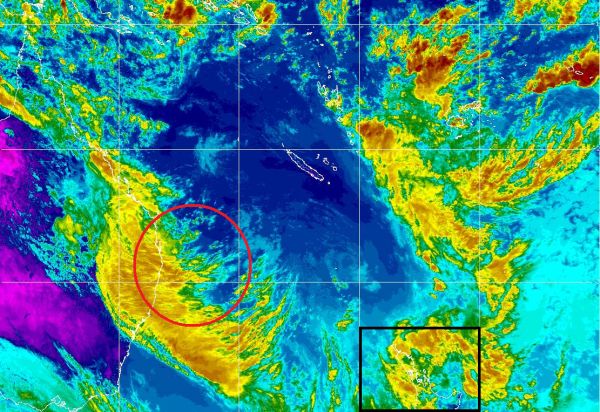 Latest infrared satellite image of the tropics shows no development between New Zealand and Fiji however a minor sub-tropical low is forming just off the Gold Coast (Red Circle).  The top half of the North Island is highlighted in the black box .  Sat Image / MTSAT

Please note, this is a new service provided by WeatherWatch.co.nz – we will update at least once a week, possibly more often as the cyclone season gets underway.

Brilliant! Will appreciate this new service greatly. As a coast-dweller, even “minor” storms bring significant impact to our area. It will be great to have easy to find, relevant information ahead of time. Thanks WW.