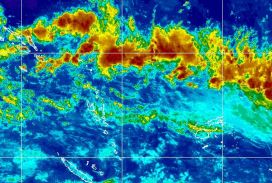 WeatherWatch.co.nz will regularly monitor the South West Pacific Cyclone Season over the coming months – bringing you the latest on any tropical development that may impact New Zealand or nearby destinations.

At this stage all is very quiet in this part of the world.  Cyclone predictions made by both Australian and Fijian weather authorities calls for low to very low risk of any tropical cyclone development in the next 3 days.

However it;’s important to note that the cyclone season has only just begun and won’t peak until around February.

Australia’s Bureau of Meteorology says the current La Niña in the Pacific remains moderate to strong. Given the current strength of the event and the outlook from long-range models surveyed by the Bureau and Niwa here in New Zealand this La Niña is expected to persist into at least early 2011.

Weather models used by WeatherWatch.co.nz indicate a tropical depression is likely to form directly north of New Zealand early next week.  This has some potential to move towards the upper North Island around Wednesday.

However at this stage WeatherWatch.co.nz has only low confidence of this depression reaching New Zealand and moderate confidence of the low weakening as it heads south towards us, significantly limiting the chances of any rain for dry regions. 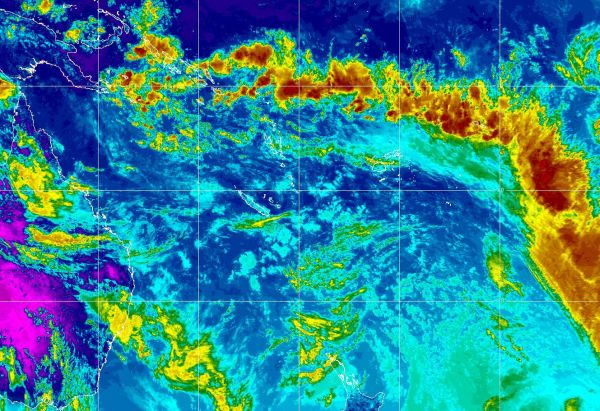 Please note, this is a new service provided by WeatherWatch.co.nz – we will update at least once a week, possibly more often as the cyclone season gets underway.

This sounds like a great service for the us Northlander’s. We haven’t had a bad cyclone season up here for a long time. Strange as back in the late 80’s 90’s they used to be regular events in January and February.