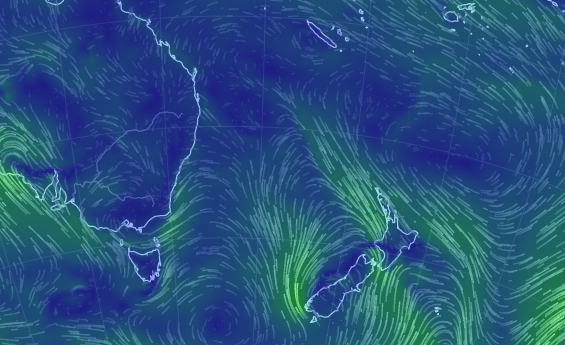 Thursday is a day of two predominating low pressure systems which will affect each island slightly differently.

Skies will be fairly cloudy for most, with southeasterlies along the East Coast and much of the interior – which will bring patchy showers or drizzle, which will ease come the evening.
From Taranaki through to Wellington and Kapiti, winds will be more easterly, with cloudy and sunny skies alternating through the afternoon.

Further north, Northland and Auckland, as well as the Bay of Plenty will see light westerlies with showers at times through the day – but these will ease towards evening.
There is the chance of a slight heavier shower or two in the afternoon about eastern regions.

Over the South Island expect mostly cloudy skies with any morning drizzle in the east mostly clearing, however drizzle may continue about inland areas till evening, and the winds will tend mostly northeasterly.
About Otago expect a dry start, then a few showers move into the interior by midday.
Those showers will then spread to the coast in the late afternoon or toward evening.

Southland will be mostly cloudy with east to southeast winds, while a few showers may move in late afternoon or early evening – more so inland.

The West Coast sees mostly cloudy skies with light northerlies, patchy showers or drizzle break up a fair amount by evening, with only the odd light shower remaining.