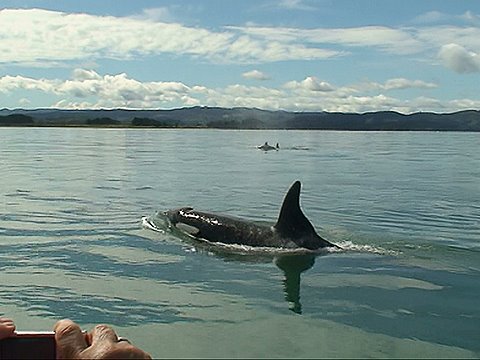 An entire pod of whales which stranded at Farewell Spit has died.

The group 105 long-finned pilot whales was spotted by the pilot of a scenic flight over the area on Boxing Day. The Department of Conservation’s Golden Bay manager John Mason believes the animals had been there for about two days. He says staff went out as soon as they heard of the sighting, but a third were already dead and the rest had to be shot.

Mr Mason says there is always a jump in whale beachings at this time of year.

Further north, DOC staff are monitoring Colville Bay on the Coromandel Peninsula to make sure the pod of dolphins which refloated yesterday after beaching, are not heading back.

Twenty one of the 63 dolphins did not survive the stranding and are being buried by local Maori.