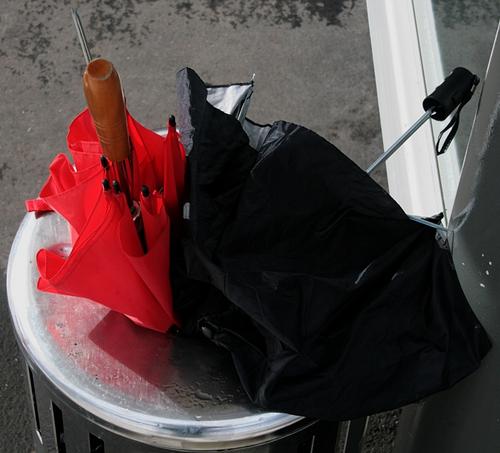 It’s may not be the news many New Zealanders are thrilled about but the possibility of 10 more weeks of windy weather does have a silver lining.

Just 9 days away from the Spring Equinox and head weather analyst Philip Duncan says the spring winds have turned up bang on time.  “We expect these westerly gales every year from around mid-September and they usually last throughout October then ease during November”.

Mr Duncan says all of the long range models indicate winds from the westerly quarter as the predominant wind direction over the next two weeks.  “These westerlies are travelling from the southern Indian Ocean, south of Australia and then come out of the Southern Ocean across the Tasman and straight into New Zealand”.

WeatherWatch.co.nz says while there will still be significant lulls in the winds, eastern areas should expect dry, windy and warm weather for the next few weeks while western areas will be wetter, cooler and windy also.

The westerlies can howl through central New Zealand but often it’s places like Auckland, the entire eastern coastline and Southland that are most exposed.

But what about that “high risk” snow prediction made by WeatherWatch.co.nz back in Autumn and backed up in early August?  “The westerlies tend to limit how far north those wintry southerlies can get.  As they roar out of the Southern Ocean the strong westerly flow over New Zealand often pushes them out east of the country.  But we still have a high risk for another possible snow event before October is done, but the chances of it lingering for more than 24 hours is certainly dropping as we head into spring”.

Snow has today fallen to low levels around Southland – almost a year to the day since a snow storm killed half a million lambs in the region.

So what was that silver lining we mentioned earlier on?  Well, the spring equinox is an exact point in time when the earth tilts to allow more sunlight over the Southern Hemisphere each day than the Northern Hemisphere.

When the equinox arrives on September 22nd the daylight hours will also be the exact same as the hours of darkness – but that will only be for a short time, as the days continue to grow by around 20mins every week at this time of the year as we head towards summer.

Do you love or hate the wind?  Tell us why by posting a comment below – (and don’t forget to share your name/location!)

Maybe time to take a long vacation …somewhere without the wind!

It’s really a love-hate relationship with the wind. An OCCASIONAL good stern breeze blows the cobwebs away and can be invigorating (especially with a slight southerly touch!) ….and a wonderful seabreeze can be refreshingly uplifting

…but that’s about it!

Now, try walking along Customhouse Quay in Wellington, or the daily routine to and from the Railway Station ….especially across the intersection on the corner of Whitmore and Featherston Streets (wind-tunnel-gully) – forget the umbrella on a wet day (either won’t survive or you could near fly like Mary Poppins!) It becomes a tiring and exhausting manouvre, not to mention the developing postural slant that becomes a way of walking life!

Accept that nature has it’s reasons …though they may not always seem so obvious …at times forgotten.

Ok – well love the wind for a bit as we live on a noisy road at the moment temporarily and it tends to blow the noise away.  Also dont mind the wind at the moment because I am stuck inside for the next month or two finishing my Masters degree so the yuckier it is outside the better – makes me focus because I am not missing anything outside.  BUT when I have finished can you please turn the wind off as I am going to, at the grand old age of 47, turn into the biggest looney graduate ever and want to get out there, get my life back and enjoy the sun.   Thank you.

That’s what’s great about being a windsurfer; you can enjoy the still, sunny days that everybody else loves but when the wind blows is when you really get a buzz.

I hate the SW because its cloudy and wet and fills up everything with pine needles and always the strongest wind of the lot and goes on and on.In Auckland.

Yeah I can tell it is spring in Auckland, last couple of weeks I’ve heard chainsaws going non stop and watching big trees coming down around the neighbourhood.. the normal spring cleaning.

I tend to get very agitated on windy days and I HATE the cold southerlies and easterlies!!!

“but often it’s places like Auckland, the entire eastern coastline and Southland that are most exposed.” shouldnt this say western coastline?

Hi there, understand the confusion, but nope it’s meant to be there!  It’s Auckland, Southland and the entire eastern coastline – so 3 main areas which tend to be most affected by the sou’westers.  Wellington, which is typically windy, can often miss the worst of a west to south west flow.  Auckland is a wind tunnel (and is technically both east and west coast!)

No, I dont like the wind as it turns my arabian horse into a looney! :o)