Your beaches – Lifeguard Patrol Season closes, after 1300 people rescued from the ocean 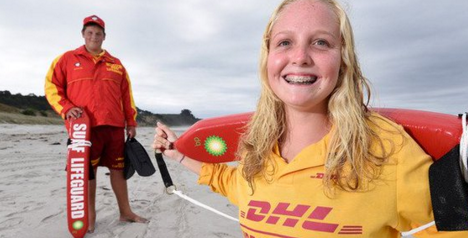 Today marks the official end to the lifeguard patrol season.

There have been 180 searches, around 2000 people treated for first aid.

Teen lifeguards in NZ, both 15, save kids from rip https://t.co/93QZkw4qxd via @nzherald #lifeguard #ripcurrent pic.twitter.com/6DpeDsuZGN

There were 55 drownings this lifeguard season – 25 per cent of which were on un-patrolled beaches.

But Mr Mundy is praising lifeguards for their work over Easter, preventing any more before the season ends.

“They’re going to be really happy to have a bit of a break, but having such a beautiful weekend I reckon they’ll be starting to look forward to next season already.”

Mundy said while the flags are being put away for another season, they do have callout squads.

“If anybody does see someone getting into trouble, dial 111. The police have a really good contact with our emergency call out squads, and will have someone on sight as soon as possible.”