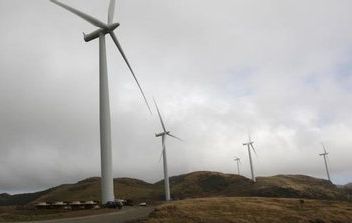 One person is dead and another seriously injured following an accident at Meridian’s Makara wind farm near Wellington this morning.

Police spokesman Inspector Mike Coleman said emergency services were called to the wind farm at 9.30am.

The injured man has been airlifted to Wellington Hospital is a critical condition.

He said the man were at the site of one of the turbines and appeared to “have fallen out of a bucket of some sort”.

He said police were investigating the incident and talking to about 12 witnesses.

Other media have reported the deceased worker as a Filipino….wasn’t there a Filipino lines worker injured/killed in a workplace event in Northland not too long back?