Wintry mix on track for SI 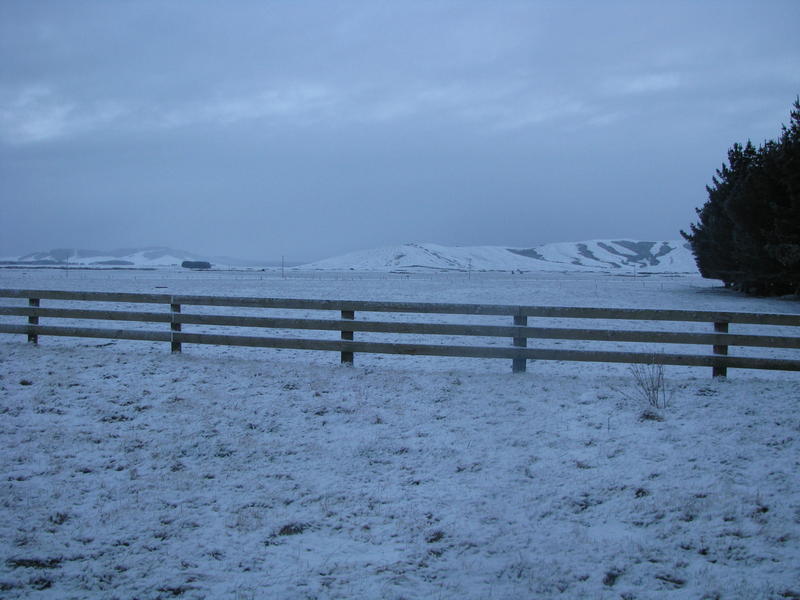 For the last few days, we’ve been tracking a potentially potent cold snap for the South Island that was expected to arrive early next week.

At this time, it looks to be on schedule.

Southland and Otago will bear the brunt of the cold snap when a strong low to our south pulls a cold front across the country on Tuesday.

Temperatures will drop in the deep south with some locations struggling to get above 0 for daytime highs.  The forecasted high in Queenstown on Tuesday is just 3.  Invercargill is looking at 4 for a high.  Dunedin could get as warm as 7.

There will be a lot of precipitation with this system as well.

Snow showers are likely in Queenstown along with heavy rain in the deep south and the west coasts of both islands.  The deep south could also see some thundery falls.

WeatherWatch.co.nz Head Analyst Philip Duncan says the front is expected to affect the west coast of the North Island as well, including Auckland.

Aucklanders could expect cold showery conditions as the front moved up the country, with temperatures dropping from an average of about 17 to 13 degrees during the day in the middle of the week.

…also there is the “Garden Variety” thunderstorms for the West coast and NW Nelson.
Sounds like an expression that the NZ Thunderstorm Society uses in it’s expressions of a weather event ..eg. dump thunder and Thunderstorm Corner

Here’s the quote:
Then, the trough following in behind, brings a moderate risk of garden variety thunderstorms to Fiordland, Buller and northwest Nelson. These may be accompanied by potential wind gusts of 90-110km/hr.

"Garden variety thunderstorms" is actually a very common expression in the Midwestern United States.  I used that on TV all the time.

It was my way of telling the viewers that these are just your typical thunderstorms that will produce some gusty winds and maybe some small hail.  I almost always followed that up with "But that’s ok, they’re thunderstorms.  That’s what they do".

Where do those forecast highs come from?

These are highs that the models are suggesting.  They seem quite reasonable given the amount of cold air associated with this system.

I guess Metservice are wrong then.

I had to laugh, their SWO says in the written part, ‘a low confidence of heavy snow’ yet on the diagram, it says a ‘moderate’ risk. Talk about a $ each way, haha!