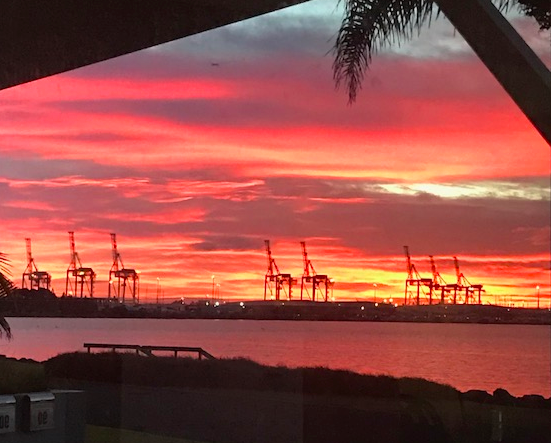 The shortest day of the 2018 year is today, Thursday June 21st – the day with the least amount of available sunlight. The precise moment is 10:07pm Thursday which basically means both Thursday and Friday will be equally as short.

New Zealand has some long nights ahead. In a 24 hour day the length of darkness at the moment is over 14.5 hours in Auckland and 15.5 hours at the end of the country in Dunedin.

In the Deep South (Southland) the total amount of available sunlight at the moment (that means, if it’s not a cloudy day and you have a clear sunrise and sunset) is around 8 and a half hours each day. While in northern New Zealand it’s over an hour longer at 9 and three quarter hours. In Central New Zealand it’s around 9 hours.

Being closer to the equator Northerners have longer daytime hours in winter, but they still have a big cut in sunlight hours compared to back at Christmas time and Summer. In terms of daylight Thursday and Friday will be 5 hours shorter than back at Christmas/New Year around the longest days of the year.

Those around Southland and Otago have a day that’s 7 hours shorter than the longest day.

The Winter Solstice is an exact moment in time: 10:07pm on Thursday June 21st in New Zealand this year (it changes a bit each year). Generally speaking the days and nights around the Solstice are all the same length – but after this precise moment the Southern Hemisphere begins the VERY slow tilt back towards the sun …and yes… that means summer and longer days again.

While Thursday is the shortest day of the year, it won’t be until later in July or even around the first week of August that most New Zealanders will start to notice it.

Oh and one last thing – the days generally get colder now. The next several weeks are usually the coldest.

Also, the Winter Solstice marks the official start of winter on the Astronomical Calendar, while marking the halfway point of the Solar Winter (the 12 weeks of the year with the least amount of available sunlight).

– Image / “Looking towards Tauranga Port from home in Harbour Drive. Taken at 7.12am on 15 June 2018”. Uploaded directly to WeatherWatch.co.nz by: Jude Watts

Nice sunset, and nice shot of the steel giraffes.

Hey,
Can you explain why the temps get colder AFTER the Winter Solstice. I would have thought that the shortest day would be the coldest..?
Thanks 🙂

Hi I was just curious, yesterday you posted the same article and stating “The Winter Solstice is an exact moment in time: 4:24 pm on Wednesday June 21st in New Zealand this year”.

Today your saying 10:07pm. Other google searches come back with different times and dates again. I’m not hating but I was wondering, is there an official ‘time’ or is it open to interpretation.

Hi Kevin, thanks for the question. We never posted a story yesterday saying 4:24pm, that story was from a year ago (remains in our archives and can easily be googled too). The equinox DAY itself is usually the 21st but can be +/- a couple of days, the specific TIME on that day is always different. If you simply google “winter solstice NZ” it will give you the exact date and time also.