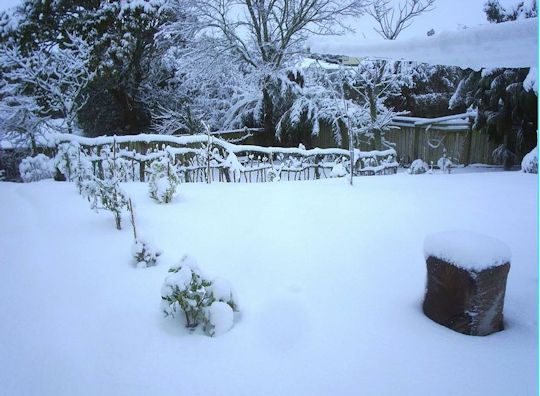 La Nina is gone and neutral conditions have returned to the tropical Pacific…and are expected to continue through much of the winter.  An El Nino may develop, but that is not expected until the end of the season.

As long as that holds true, we can expect a fairly average winter in terms of temperature.

NIWA says that seasonal temperatures are likely to be near average overall for all regions of the country.  Frosts and snowfalls typical of winter will still occur from time to time.

NIWA also says that winter rainfall totals and soil moisture levels are likely to be below normal in the eastern South Island.  Normal or below normal conditions are expected for Nelson and Marlborough, as well as the west and north of the North Island.

Painting outdoor mural in Kaitaia for 3 months from late April. What is rain forecast for this period?

Hi Sylvie, we don’t really provide 3 month forecasts that far out due to the lack of accuracy in those forecasts, but generally speaking Kaitaia has been leaning warmer and drier than average for the past two years now with no immediate sign of that pattern reversing. All the best for your big job ahead – sounds amazing!
– WW

What do you think the chances are of another polar blast similar to last year? I read an article about it a few weeks back but by the sounds of this article the chances have gone down to 5% again??

We think there is a low to moderate chance this winter as a few raw southerly changes are likely to affect eastern and southern parts of the country.

Hope not an el nino,not here.