Winter is coming – Chilly change on the way this week 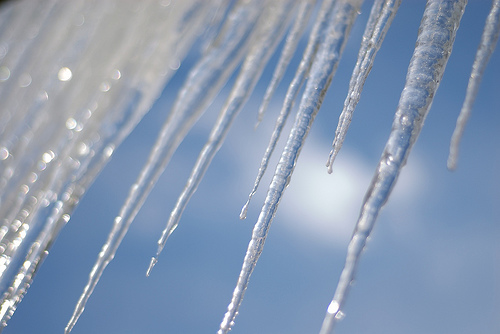 Dust off your coat and put an extra blanket on the bed – winter’s first chills will hit this week with hail and snow forecast.

Temperatures are set to drop in the coming days – by up to 10Â°C in the Auckland region – as a polar blast roars up New Zealand.

The temperature plunge comes after a golden summer, then an unseasonably warm start to April when the mercury regularly reached the mid-20Â°Cs in Auckland.

Metservice says the front would bring biting south to southwest winds and showers laced with hail and rain.

The South Island will bear the brunt of the cold snap. Snow is expected to fall to 400m in Canterbury and North Otago tomorrow.

The North Island would start to feel the icy blast tomorrow night.

Wellington could expect to be lashed by strong northerly gales before a southerly change ushered in heavy showers and hail.

Auckland weather would also start to pack up tomorrow with rain followed by showers and strengthening westerly winds.

And while temperatures in the Auckland region today were expected to reach 20Â°C, they would drop to 16Â°C on Tuesday.

Overnight temperatures were forecast to be well down on the balmy 16-18Â°C last night, and a chilly 8Â°C is forecast for Wednesday.

The coldest overnight temperatures were expected in the central South Island towns of Alexandra and Twizel, where the mercury was likely to drop below 0Â°C.

Wednesday would bring some respite, but rain was expected to return in time for next weekend.

Motorists have been warned to drive to the conditions and beware of ice. Farmers should prepare to move livestock to low-lying areas.

I hope Auckland will sruvive the polar blast.  All the best.

Great, some cold weather to knock over the bugs in my garden, and hurry some ripening along…

Snow to 200m looks fairly possible Monday afternoon onwards, chance of a few flakes to 100m in the evening and overnight but conditions start to ease up a little around then. Mainly things will be above 200m.