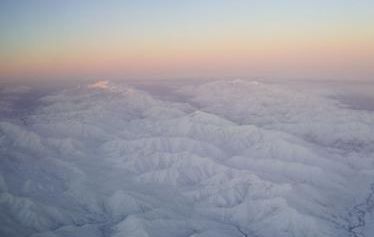 More cold weather will affect the country today with snow returning to the ranges of both islands says WeatherWatch.co.nz.  Snow will fall to 400m in Southland this morning then 300m tonight when an even colder surge of air moves through.  It’s possible a few flurries could go even lower to around 200m.

For Otago a few snow showers in the morning down to 400m will clear – but again that colder surge will push back in at night with snow down to 300m (with isolated flurries going lower) – and the same for Canterbury too, down to 400m tonight.

That cold change in Canterbury later could also spark a few thunderstorms and hail, especially about Banks Peninsula.

Snow in the South Island will be mainly near the coastal ranges.

Tonight and overnight the snow heads north – the cold southerly will rush into Wellington bringing rain which might be heavy and snow on the hills to 600m.

Snow is also expected on the Desert Road later today and for the next couple of days.  Snow could be heavy so check with roading authorities before driving.

The snow is perfectly timed for the North Island ski fields – which have missed out on some of the big South island falls this winter.

Also in the evening a front from the Tasman Sea moves into all western areas of the North Island bringing
rain and  winds changing westerly overnight. There could be a thunderstorm or two with this front also, mainly about Taranaki and perhaps Northland then to a lesser extent Auckland.