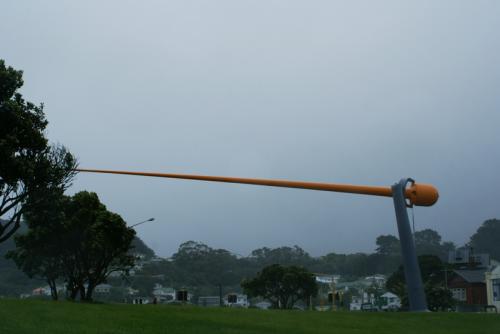 The final blast of strong of winds from a low that has caused problems for a few days now is currently affecting Wellington and some parts of Canterbury.

WeatherWatch.co.nz says gusts are now reaching 100km/h in some suburbs of Wellington and advises the public to be aware of falling branches.

“At this time of the year the trees are heavier than winter with more leaves on them and this increases the chances of branches snapping” says head weather analyst Philip Duncan.

Mr Duncan says WeatherWatch.co.nz has had one report of a tree losing it’s branch near Kaiapoi in Canterbury.

Rebecca Green-French wrote on our Facebook pagea short time ago “so windy here, just lost a branch out of our willow”.

The government forecaster, Metservice, has no wind warnings or watches in force today .

According to the public wind maps at WeatherWatch.co.nz the strong winds will ease overnight and across Monday as a large high moves in from the west – pushing the windy weather out over the Pacific Ocean and away from New Zealand.

Its our turn today in Auckland,already picking up,yesterday(sunday) was quite light winds here.

Yes. It been very windy here all day from the NW or westerly quarter. Cool NW wind this morning but warming up this afternoon as the winds tended more westerly.