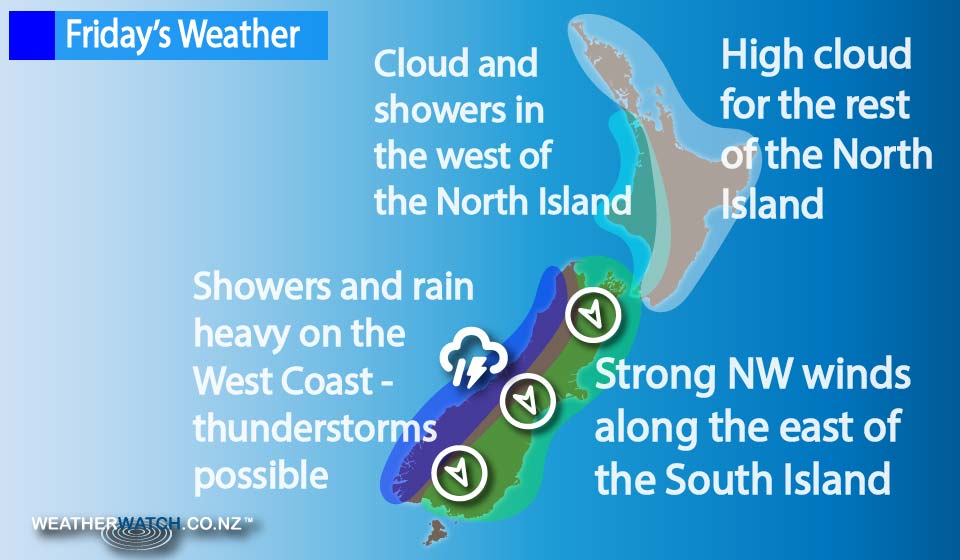 That big, strong northwesterly airflow still sits over the country heading into the weekend, meaning gale strength winds and some more heavy spells of rain are possible in parts of New Zealand.

Gale northwest winds are possible all the way from Cook Strait down through to coastal Otago in the east, although in Otago the risk lowers.
The West Coast of the South Island sees more rain, with heavy falls and possible thunderstorms – especially from afternoon – as gusty northwesterly winds change westerly.
The east of the South Island sees sunny areas once again and some increasing high cloud.
A few showers pass through Southland and Otago in the afternoon, and then into Canterbury during the late afternoon or evening.

The West of the North Island is fairly cloudy with a few showers, while it’s just high cloud in the east, with a few spots of rain possible in the morning in the Wairarapa, then further north by early afternoon.