Why Spring doesn’t have Summer weather 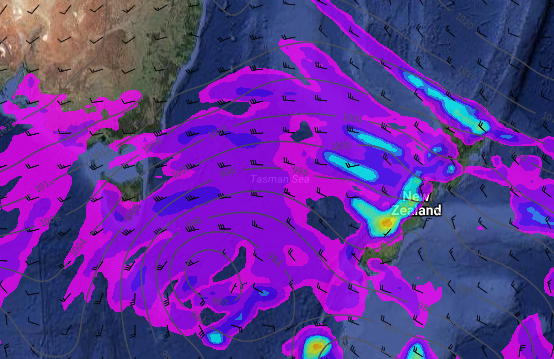 Two thirds of New Zealanders consider spring has already begun yet over the weekend one comment stood out to us: “So much for spring weather”.

So what do people expect when spring arrives? Well for one thing, it’s certainly not summer!

“I define the first half of spring in New Zealand as winter fading away slowly and hints of summer coming in” says WeatherWatch head forecaster Philip Duncan. “Just because you open the freezer door doesn’t mean everything inside immediately becomes warm and room temperature, it takes time to warm up and spring is the same when it first arrives”.

In fact September is well known for having random snow storms and this can be a huge stress for farmers. “Many farmers can cope with a snow storm in winter better than early spring as once September arrives they have much more newborn stock so spring snow storms can prove more deadly” says Duncan. “Likewise we can have cold days and frosts through September and October which is a huge headache for vineyards as frosts in spring can damage future crops”.

October can sometimes be one of our stormiest months too, with a real battle between the departing cold winter and the incoming heat of summer. This can create more severe weather warnings and thunderstorms. Then, usually, November switches into a milder, drier pattern with westerlies fading as we head towards December.

“Early Spring weather is changeable and this week is a classic spring set up with a warm start to the week with highs over 20 degrees in some northern and eastern areas, then later in the week we have windy westerly quarter winds, rain and showers and then colder air in the south bringing snow to the ranges and ski fields” says Mr Duncan.