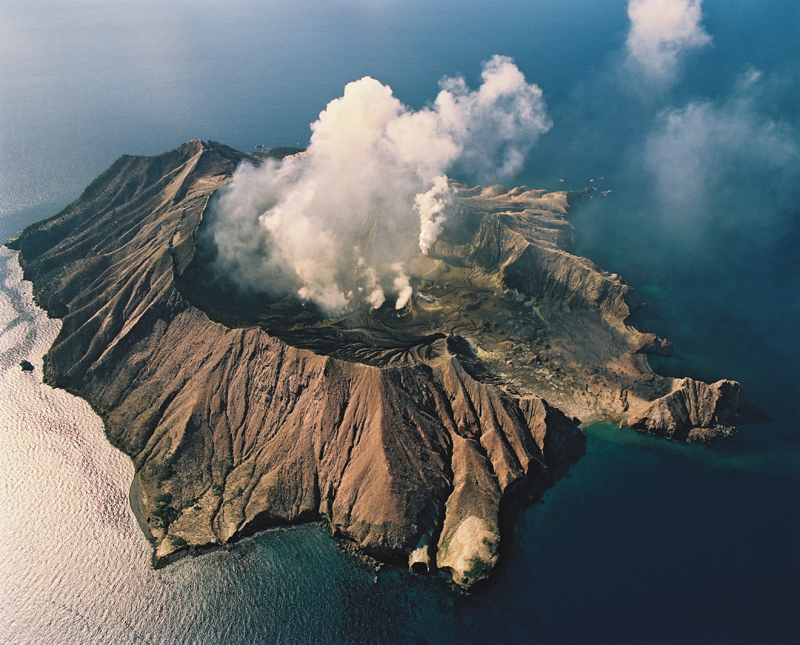 Whilst the weather was calm around New Zealand yesterday, the earth was not.  The White Island volcano started to stir yesterday, spewing out minor ash around midday.  That prompted officials to raise the Volcanic Alert to Level 2 and change the Aviation Colour code to Orange.

The Volcanic Alert Level ranges from 0 to 5 and defines the current status at a volcano.  The Level 2 status means minor eruptive activity.  Generally, it is the onset of volcanic activity accompanied by changes to monitored indicators that indicate an upgrade to Level 2 in warranted.

Aviation Colour Codes are based on four colours (Green, Yellow, Orange and Red) and are intended for quick reference for the international civil aviation community.  The Orange code indicates that the volcano is exhibiting heightened unrest.  Orange can also indicate that an eruption is under way with little to no ash emission.  Orange also indicates an increased likelihood of eruption.

GNS Science volcanologists are continuing to monitor the activity.  GNS Volcanologist Arthur Jolly said that further information will be released as soon as it is available.