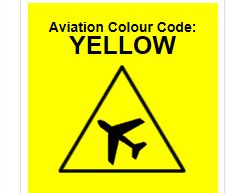 GNS Science says that minor activity has become re-established at White Island over the last 24 hours and while the Volcano Alert Level remains at Level 1 the Aviation Colour Code has been raised to Yellow.

“Following an increase in volcanic tremor levels overnight and images of activity on the volcano cameras a response visit was made this afternoon” says a statement from GNS. “Volcanologist Brad Scott reported they saw two styles of activity in the active vent. Audible jets of gas were being shot through the small lake and broader expanding ‘bubbles’ of dark lake sediments and debris were being ejected 20-30 m vertically. The activity is very similar to earlier this year”.

The ultimate outcome of the current activity at White Island remains unclear and GNS Science continues to closely monitor White Island through the GeoNet project.

There is no reason to believe this change is related to the Cook Strait earthquakes.

Background
Unrest at White Island began in July 2012, leading to explosive eruptions and ash emissions in August. A small lava extrusion occurred in November, followed by phreatic, steam driven activity in December which continued through January and February 2013.

Very minor ash emissions have been interspersed throughout this eruption sequence as conditions within the craters have changed.

The Volcanic Alert Level ranges from 0 to 5 and defines the current status at a volcano. Level 1 indicates signs of volcanic unrest.

Aviation Colour Codes are based on four colours and are intended for quick reference only in the international civil aviation community.

The GeoNet project is funded by EQC and provides monitoring for all of New Zealand’s volcanoes.