Which city cops the harshest weather? 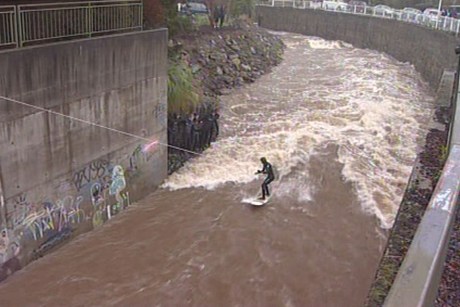 We’re in the middle of a prolonged dry spell so stormy skies have been rare over the last couple of months but when the weather gets properly underway which city gets hammered the hardest?

Now there might be one or two more obvious contenders – such as Invergargill.
This southern city does have a bit of a reputation for strong winds, frequent showers and chilly temperatures at any stage of the year…but is the exception or a general rule?

Over the years readers have mentioned Palmerston North as being rather bleak but we also think Dunedin, Christchurch and Wellington in a decent southerly isn’t a great time to venture outdoors.

Auckland has its fair share of rainy spells and windy days. In Winter or Spring showers can fall for days on end which makes life quite uncomfortable when trying to make plans for any outdoor events.

New Plymouth is exposed to the west and can be hit by some fairly feirce conditions from time to time.
Winds blow in from the Tasman and driving rain can be almost horizontal on some days.

So whether its wind, rain, hail, sleet or even snow which city across the country is often on the edge or right in the middle of things?

Homepage image of  swollen Leith stream, Dunedin with a keen participant. Is Dunedin our stormiest city?

I live in Auckland but would have to say Wellington which cops a fare share of bad weather along with some “white knuckle” landings experienced by people I know. It’s not called Windy Wellington for nothing. Cook Strait acts like a wind tunnel. I’ve experienced the wind and an earthquake in Wellington and that wind has ice in it.

Thanks Anne and yes some hairly times at the airport in Wellington can live long in the memory!

Appreciate you taking time to vote.

My late seafaring Dad reckoned Bluff was the most severe in winter.

Bluff would make a lot of sense and it sure can get wild. Thanks Zelda

After some thought about Wellington, I’m actually voting Auckland. It has weather that kills – fatalities.

City with least sunshine hours, most rain, most days of high wind, most days of extreme heat (Whatever a threshold for uncomfortable heat might be?). Most days of snowfall, frosts, or below freezing temps. Also high humidity – mugginess is another unpleasant weather factor.

I think all the main centres will trade blows on main of these and the winner/loser hard to pick.

Yes a number of factors there alright and thanks.

Which city do you nominate?