Home > News > What’s going on in Northland? Cloudy and...

What’s going on in Northland? Cloudy and damp for days on end. 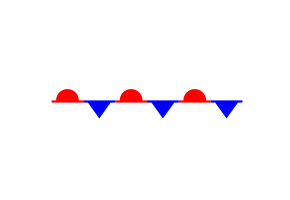 Despite the talk of settled weather going on, Northland has been plagued by showers and cloudy skies for the last few days and it is set to continue till at least Saturday when it finally clears away with a more persistent southwesterly airflow pushing through. This area of frontal activity did look like clearing initially today going back a few days now but it just keeps wanting to hang around.

So what is going on?

Basically there has been and will be till later on Saturday two areas of high pressure either side of the country, the high in the Tasman Sea is bringing a cooler air mass up from the southwest while a high to the east in the Pacific Ocean is bringing a warmer air mass down from the north.

”A stationary front is a boundary between two different air masses, neither of which is strong enough to replace the other. On a weather map, this is shown by an inter-playing series of blue spikes pointing one direction and red domes pointing the other. They tend to remain essentially in the same area for extended periods of time, and waves sometimes propagate along the frontal boundary. A wide variety of weather can be found along a stationary front, but usually clouds, prolonged precipitation, and storm trains are found there. Stationary fronts will either dissipate after several days or devolve into shear lines, but can change into a cold or warm front if conditions aloft change.”

Watched a funnel cloud attempting to form over Kaimaumau at around 2.00pm this afternoon. Several times it almost organised then broke down again. After probably 6 attempts it finally dispersed. Quite chilling to view.