What do you think of NZ’s tourism campaign? 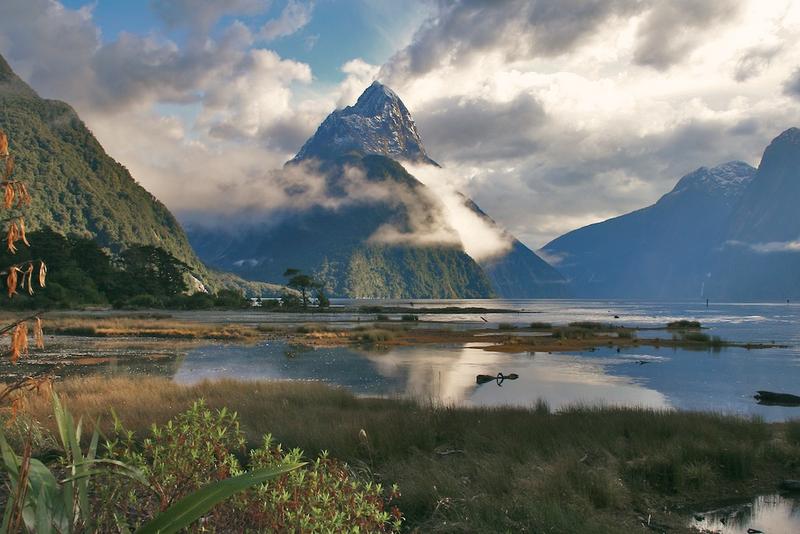 “While the spectacular and seemingly untarnished natural backdrops, stunning waterscapes and snow-tipped mountains might look world-class on film, critics say the realm New Zealand’s marketers have presented is as fantastical as dragons and wizards,” the article says.

The tourism organisation’s latest $10 million campaign “100 per cent Middle-earth, 100 per cent Pure New Zealand” was launched overseas in August to leverage off Peter Jackson’s movie The Hobbit: An Unexpected Journey, which premieres on Wednesday week.

The campaign portrays New Zealand as the real Middle-earth by using scenic imagery of green fields and people catching fish and accompanied with a voiceover talking about “a place that will forever keep you under its spell”.

But the green message promoted in the 100 per cent Pure campaigns doesn’t match some environmental statistics, which show more than half of monitored recreational sites on our rivers are unsafe for swimming, and that New Zealand is among the worst countries per capita for preserving natural surroundings. Greenhouse gas emissions per capita have also risen, while most other Organisation for Economic Development members have fallen.

Massey University senior lecturer in environmental science Mike Joy, who was quoted in the article, said the reality was New Zealand was nowhere near 100 per cent Pure.

“We don’t deserve 100 per cent Pure, we are nowhere near the best in the world, we are not even in the top half of countries in the world when it comes to clean and green.”

He said awareness of New Zealand’s environmental failings overseas should act as a wake-up call to the Government to protect the “crucial clean and green image” it relied on for tourism and export.

“There’s two worlds. There’s the picture postcard, which is Queenstown and up in Mt Cook and all that kind of stuff which is perfect and where they make the Hobbit movies, and all that is amazing. But most of New Zealand, 70 per cent of it isn’t like that. It’s actually really badly polluted and we are just getting worse and we crucially need to have that clean green image to sell all of our products overseas.”

Ad agency DraftFCB’s managing director of media Derek Lyndsay said a lot of tourists, particularly the big spenders, came from the US so having writers for the New York Times contradict the campaign’s claims could be potentially damaging for tourism.

Tourism New Zealand communications manager Deborah Gray said 100 per cent Pure New Zealand was one of the most successful destination marketing campaigns in the world and was not just about the environment, but the whole package.

“It’s the activities, the landscape and the people that combine to make for a uniquely New Zealand or 100 per cent Pure New Zealand – experience.”

We would love to hear what you think about this.  Is the tourism campaign as misleading as some claim?

I think that NZ is still relatively clean. The majority of water pollution is from dairy farming, and inadequate treatment of sewerage. Luckily this pollution is of an organic nature as opposed to heavy metals from factories etc, but still unacceptable. The govt needs to crack down hard on farmers who let their cow waste make it into streams. I am talking HUGE fines and imprisonment for continued breaches. Why should our streams and rivers suffer so greedy farmers can make more profit. The same with companies that have discharge permits, they also are polluting at our expense. They should have these permits cancelled and made to dispose of their waste in an environmentally friendly way. And if the govt won’t do so, these companies should be boycotted.

The problem is New Zealand will persist to be a high polluter due to its circumstances. NZ has low population density and low relative GDP when compared to foreign developed countries. Hence public infrastructure and private utilities will never be sufficient to have a fully sustainable transport regime like trains in Europe. Also NZ has done a lot relative to other countries ‘in recent years’ to protect the environment but the fact of the matter is the NZ environment has grown fragile through isolation making the job difficult. The nz economy also relies on intensive farming which is a massive polluter and will always be so. That presents an issue. But overall the marketed destinations eg South Island are relatively ‘pure’ but if all you knew was the North Island I can see why they would think that.

It all has to be kept in perspective.Both sides have to be responsible in their wording.