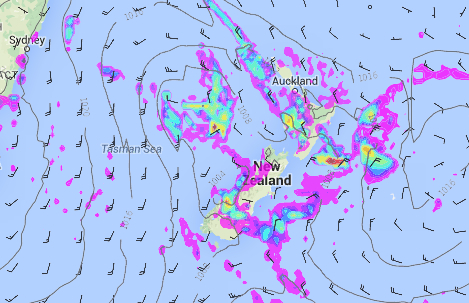 There’s a fair bit of rain and cloud around the country today – though the wet stuff will be largely limited to a couple of places through the day.

Showers will persist in the lower North Island for much of today, one or two of which could be heavy – especially in the west and around Taranaki.
This will ease later in the evening, though.

The Tasman and Buller regions are in for some heavy falls at times towards late afternoon and into the evening, though again this should ease overnight.
Nelson and the western side of Tasman Bay also look like getting some pretty persistent showers too, though not as much looks like making it to the actual city.