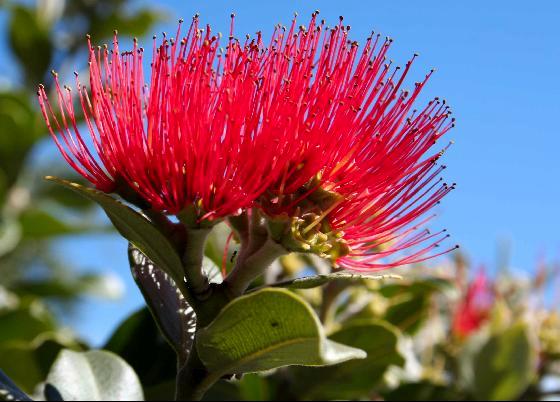 Women of a West Auckland coastal village have stopped an Auckland Council contractor’s crew felling a pohutukawa tree on a popular park eroded by stormy seas.

They fear up to 30 trees could be threatened, but an official says it is not known how many trees will be felled.

About six women, some with their children by their side, rushed to the Huia Domain when they were alerted on Facebook that the crew had arrived to fell the tree.

Confronted by the group, the crew left the site.

Waitakere Local Board chairwoman Sandra Coney later said no trees would be removed until a public meeting about the park’s future was held on Tuesday.

It is the third time this year that Aucklanders have successfully risen against plans to cut down trees.

In February, six giant pohutukawa trees Auckland Transport wanted to cut down to boost traffic space at Western Springs were spared, and last month, a kauri tree on a Titirangi property was saved after Michael Tavares camped out in the tree’s branches.

The organiser of the HuiaSOS Facebook page, Kellie Parker, said the crew’s arrival on site at 9am was spotted by her mother, Michelle Parker, as she was on her way to work.

“I was on social media telling people to get there and Mum spoke nicely to the contractors and recommended they did not do it.

“This massive crowd of people has come round and stopped the work.”

The council’s local and sports parks west manager, Grant Jennings, said coastal erosion had exposed a large portion of the 10m to 12m tree and undermined half its root plate.

“The erosion has severely compromised the tree’s stability and arborists advise it is likely to fall.”

The crown of the tree was within the fall zone of a power line, a toilet block and its septic tank system, and a public access area.

Mr Jennings said resource consent to remove the tree was not required because it was an immediate risk to people and property.

Kellie Parker said the council should have told the community before going to fell the tree.

Residents already opposed a proposal to demolish the domain’s sea wall and remove trees, toilets and playground equipment and let the sea take its natural course.

“Every tree on the beachfront would be ripped down, about 30 of them.”

Ms Coney said it was not known how many trees would be affected under a “managed retreat” option but the sea would wash away soil from the roots of some of the foreshore trees.

It was unfortunate the tree had become a symbol in a bigger and fierce debate over how to deal with the forces of erosion at the domain.

She said the crew’s visit was a surprise to board members, who had previously asked for a proper arborist’s report on the tree, with the intention of discussing it at Tuesday’s meeting.