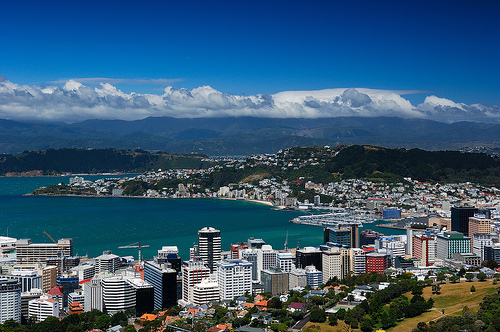 As the Big Dry hits urban areas as well as rural parts of the country restrictions on water use could again hit Wellington.

It has been weeks since the capital saw any rain, and the forecast for the this week doesn’t bring much hope of relief.

There is currently a ban on using sprinklers in the region, but that could extend to all outdoor water use if the situation fails to improve.

“It could move to no watering at all, even by handheld hoses,” says Mayor Ms Wade-Brown, “so it would be very important for people who have watered this week to actually make sure that they’ve mulched around their plants.
“I just bought a little product that you [use to] dryclean your car – so you just use this little spray with a cloth, rather than pouring buckets of water or hosing the car. I think washing the car is a no-no until we get a bit more rain.”

WeatherWatch suggests water conservation could include shorter showers, less baths and washing dishes in slightly less amounts of water or even using dishwashers perhaps only once every couple of days if possible.

Droughts have so far been declared in Northland, Auckland, Waikato, Bay of Plenty and Hawke’s Bay, and farmers in Manawatu-Rangitikei, Wairarapa and Taranaki are hoping their zones will join the official drought zones soon.