Welcome rain in the south 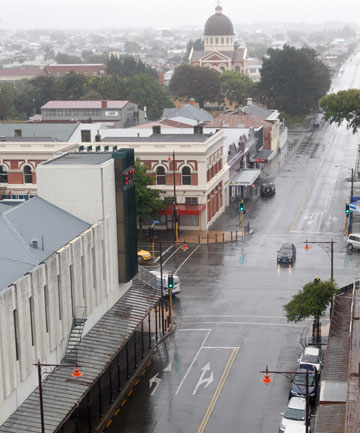 After a considerable dry spell in the lead up to Christmas and also post Christmas, the rain gods were smiling a little yesterday over much of Otago and Southland.

Falls did vary over both provinces with some isolated heavy falls recorded interspersed with lighter falls and dry spells.

In some cases the dry ground struggled to absorb some impressive totals and run off did occur but in the main the rain was welcome by many, apart from a few holidaymakers.

This weekend the weather is still expected to be changeable in the south with the more settled day likely to be today with just one or 2 showers expected however the cold sou’ west change with a wintry mix are still expected to move through tomorrow.

Temperatures are still likely to be up to 7 or 8 degrees below average for Sunday as the winds pick up with boisterous showers and hail likely to spread throughout much of the lower half of the South Island. The mercury is going to find it tough going to make the teens tomorrow and that includes much of Central Otago and the Southern Lakes District as well.

The cold change is likely to head north over eastern parts of Canterbury later in the day or tomorrow night.

Rainfall totals here in Dunedin up to 9.00am this morning very within the city. The official NZ Met. Service site gives 17mm over the past 3 days whereas I have recorded 26mm in Northeast Valley.The weather is now brilliantly fine with a smattering of cloud in a stiff sw breeze with a temp. of 16.2deg C. The rain has been most welcome and already the grass is greening up. Needless to say, we do need good followup rains for longterm benefits otherwise we will rapidly return to our previous parched state. Forecasts for today and tomorrow promise more of a colder showery nature – hopefully there will be another 10 to 15mm at least. That would see us through to the next frontal system forecast to arrive next weekend.