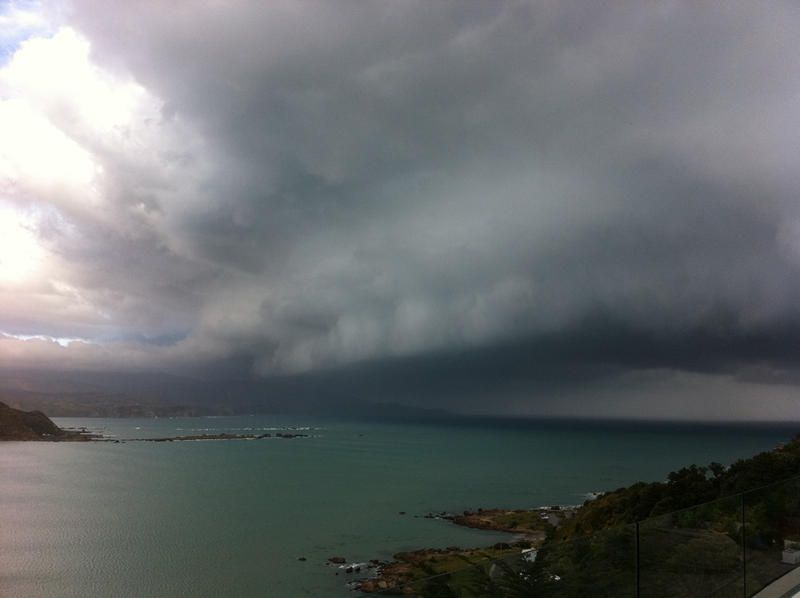 Another spring weekend is upon us and in true spring style we have a mixture of everything – from showers and heavy rain to sunny spells and even snow.

Firstly another front is incoming this weekend.  It will push rain, heavy at times, into the West Coast on Saturday then as it heads north it will deteriorate leaving showers here and there across the North Island.

Behind the front is a colder southerly which should see snow showers falling to fairly low levels around the South Island’s southern and eastern coastlines.  It’s not expected to affect the main centres but could impact some alpine passes – and farmers are also advised to keep up to date with the latest weather.

The cold change may also trigger a few thunderstorms and hail showers.

Winds over Sunday will be generally cooler but there is some positive news for those who are tired of the wind and rain.

Early next week a high from southern Australia will cross the Tasman and then cross New Zealand for the first time in two weeks.

WeatherWatch.co.nz says it will bring calmer and drier weather conditions to the country for a few days.  By the end of the week the high will be moving out into the Pacific Ocean making way for what could be a fairly large low moving in from the west.

But between these two pressure systems will be a warm north west flow – which could see highs climbing into the low to mid 20s for eastern and northern NZ.