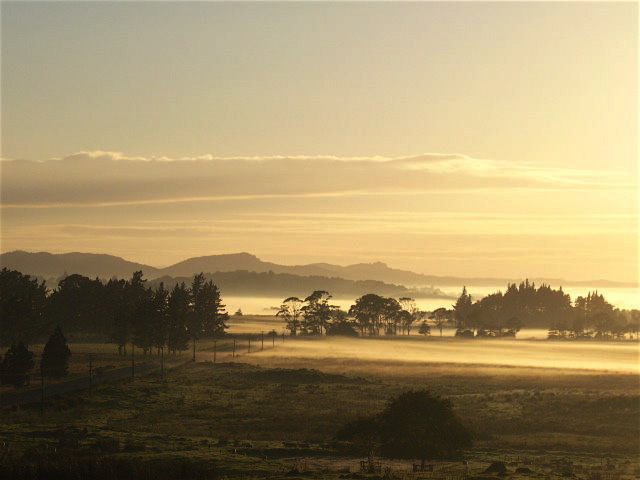 The weekend is again upon us – and so too are the end of the school holidays.  Following the recent wintry storm the ski fields are packed with fresh snow – but what is the forecast for those wanting to get stuff done outdoors this weekend?

WeatherWatch.co.nz says the forecast is a fairly good one – but most places will have a few showers for one of the days.

A small low will deepen near Southland on Friday morning and will shoot a couple of weak fronts up the nation. Rain will develop in the deep south tomorrow then send showers – and a cooler southerly change – northwards.

It will reach Canterbury on Friday evening – and will be preceded by a nor’wester.  Showers may turn to patchy rain overnight but will clear on Saturday – leaving a few showers around coastal parts of the South Island but conditions will clear everywhere during the day with clear skies by night.

In fact by Saturday night widespread frosts are expected across the South Island, some heavy inland and about Central Otago – light elsewhere.

In the North Island that cooler change will arrive even later.  Friday sees a mostly sunny day with just a low chance of an isolated coastal shower in the west, otherwise dry everywhere with a fairly mild day.

Overnight Friday and into Saturday that colder southerly change will move into Wellington and then head northwards during Saturday.  Showers are expected to be widespread from central areas southwards and more isolated further north.

A few showers are expected in Auckland into the afternoon although WeatherWatch.co.nz expects the day to be drier rather than wetter.  The showery southerly will arrive in Gisborne around the same time.

By the time the southerly front moves into the Top Half of the North Island later on Saturday it is expected to have lost much of its puff – and temperatures are only likely to drop a couple degrees.  The showers will fizzle out as the front continues to head north past Auckland during mid afternoon and evening.

Sunday looks dry and fairly sunny right around New Zealand, with cloudy areas in the west of both islands, including Auckland, and any lingering showers in eastern parts of the North Island (From Wairarapa to East Cape) clearing in the morning.

Widespread frosts, mostly light, are expected across New Zealand on Sunday night/Monday morning with a sunny, settled, day on Monday right across the country when kids return to school.