Weekend Forecast: Spring written all over it 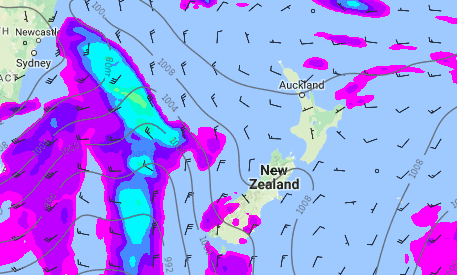 The first weekend of November looks fairly textbook spring-like with changing weather conditions across the country.

In a nutshell, the weekend sees more westerlies with the wettest weather in the west and driest in the east.

Friday night kicks off with showers in both islands. They are hit and miss, some briefly heavy, others much lighter. At this stage both islands have a risk of showers – but plenty of dry spells too. Winds generally from the west to south west across New Zealand.

Saturday sees a mainly dry, calm day in the South Island with just a few downpours possible around Fiordland with maybe some spillover afternoon showers popping up in Southland and Otago, otherwise dry for the South Island.
In the North Island a fair bit of cloud with the odd shower here and there on Saturday (both east and west coast) but mainly dry for most main centres with fairly light winds.

Sunday is mainly dry and mild in both islands to begin with, with light winds or nor’west breezes developing. The North Island may see a few afternoon showers popping up, especially inland. The South Island sees clouds thickening in the west ahead of a front which brings set-in rain to the West Coast by afternoon or evening – with high clouds thickening in the east but remaining dry and mild.