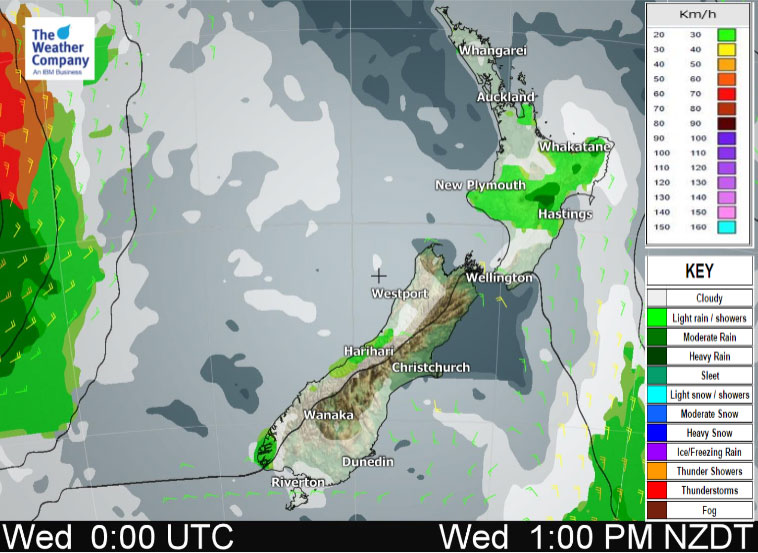 A weak ridge of high pressure lies over New Zealand today, mainly settled however unstable conditions may develop for some North Island areas this afternoon.

Western North Island (including Central North Island)
Morning cloud, a shower or two about Taranaki and Kapiti then drying out in the afternoon with sunny areas increasing. West to northwesterly winds.
Highs: 21-26

Canterbury
Mostly sunny, may be a touch of high cloud. Light winds tend easterly in the afternoon.
Highs: 24-27

West Coast
The odd shower, easing during the day then mainly dry by evening. Sunny spells start to break through from afternoon. West to southwesterly winds.
Highs: 20-26