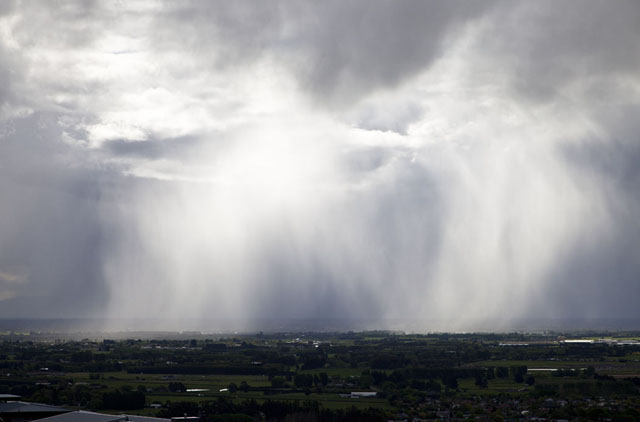 A front moves over the upper South Island this evening and then onto the lower North Island overnight, it weakens as it does however. Areas of rain or showers will be mostly concentrated in the west of both islands, a few brief showers make it into Canterbury this evening however that’s as far north as it gets for the most part.

Cloudy periods with the odd shower, northwesterly breezes. Winds change
westerly around midnight with showers easing and potentially clearing for most.
Towards dawn tomorrow morning a few further showers move in, mainly for the
Central North Island and Waikato.
Tonight’s Lows: 10-16

Northwesterly breezes with mild to warm temperatures to start, winds change
southwest about South Canterbury early this evening bringing showers, some heavy with thunderstorms. This west to southwest change makes it to about Christchurch
later this evening bringing the risk of a shower two however it may remain
mainly dry. Clear skies develop overnight for most with light winds
developing.
Tonight’s Lows: 8-9

Rain with northwesterlies changing southwest this evening, rain eases to
showers late evening or around midnight. Showers about Fiordland and perhaps
South Westland may be heavy with thunderstorms this evening, a risk of hail too
then easing overnight.
Tonight’s Low: 10

Showers, some may be heavy with thunderstorms then clearing this evening, cool
southwesterlies. Overnight expect westerly breezes with clear spells and some
cloud.
Tonight’s Lows: 9-10

Cloudy areas with the chance of a shower, showers in the east clearing.
Winds strong from the west. Overnight showers moves in again with heavy falls, a
risk of thunderstorms and hail.
Tonight’s Lows: 8-9