Home > News > WeatherWatch: How is Summer shaping up i...

WeatherWatch: How is Summer shaping up in New Zealand weatherwise? 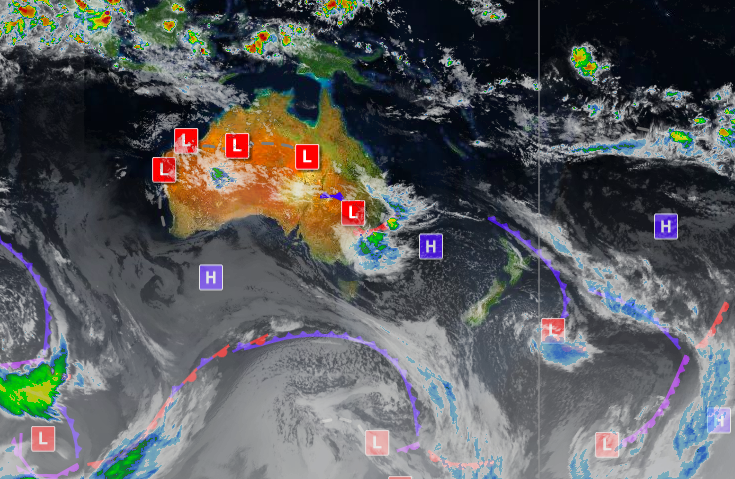 (originally published Monday) — Last week New Zealand’s media did the usual copy and paste of NIWA’s summer outlook. This occurs most seasons without any serious look back on if NIWA’s previous regional forecasts were even accurate.  It’s very hard to be accurate long term in New Zealand.

New Zealand’s two main islands are mountainous and lie in a part of the world where the weather is very changeable. It means even if the best computers on earth have a seasonal forecast they may not factor in New Zealand’s small size and vulnerability to drenching tropical lows or drought creating highs – which can throw a spanner in the works of a developing weather pattern here. We may be seeing a wet or dry trend developing for weeks – then just one large low or high reverses it, as is the nature of living in such a small country.

With the South Island located in the Roaring 40s – and the lower North Island too – it’s not surprising that we can buck international trends or have a weather pattern that goes against the long range models. We can get a nasty storm or a huge high covering the entire country with quite little warning.

This summer shows signs of two things – pockets of very dry conditions which are already forming in some places, like Central Otago, Northern Southland and South Canterbury, also Hawke’s Bay and Gisborne and also between north of Auckland and south of Whangarei. These three areas across New Zealand are showing the earliest signs of a drier than usual spring.

However one big rain maker could reverse this set up. The cyclone season is now here and so the tropics will be firing up north of us. If the lows miss us, the big dry will get drier.

Other regions are saturated and want longer dry spells.

WeatherWatch.co.nz isn’t a huge fan of seasonal forecasts by our Government, but we understand many of you want some sort of indicator. We suggest you take a look at NIWA’s seasonal forecasts – and perhaps a look at last year to see how accurate they were for your region then. Just remember being two small mountainous islands we struggle to lock in 7 days of weather with accuracy let alone 3 full months of weather trends – and New Zealand lies in one of the most chaotic parts of the world weatherwise. So don’t plan your summer holiday around a seasonal forecast!

If you’re a farmer or grower than a chaotic pattern can be a friendly one – as it brings a variety of weather. This is the pattern we’ve had since about March which has seen an increase in rain events, but in summer may mean more breathing space.

So in a nutshell – be prepared for everything this summer. We really may have both droughts and floods if the past few years have been an indicator. It does appear to be shaping up to be hotter than average – certainly we’re seeing that in Australia this year. If we get air flows from Aussie be prepared for exceptional heat. Northerlies may produce much more humidity and mugginess too.

The chaos is here and has been since March. To give you an example: Within the next 7 days alone New Zealand will have sub-tropical northerlies, sub-Antarctic southerlies, a sub-tropical low track by the North Island and an enormous high pressure system from Australia drift in next week. That’s quite a lot!  We’ve had a weather pattern like this since March this year and currently WeatherWatch.co.nz doesn’t see a dramatic shift coming. We may have a summer with both localised floods and localised droughts as the chaotic weather partners up with New Zealand’s varied geography (mountains/ranges).

Good write up here Phil and I totally concur with all that you say and noway can we take a 3 month outlook as having much accuracy. I usually ignore them.

As you say we have difficulty in forecasting over 3 days as so changeable especially here in Whangarei.

Keep up the great work you and your team do, much appreciated.

Thanks for speaking out. Yes we are a very small Country!
I am very appreciative of the excellent, mostly accurate forecasting you produce with the help of eyes & ears of your followers!

Past weather can often be seen from your galleries!