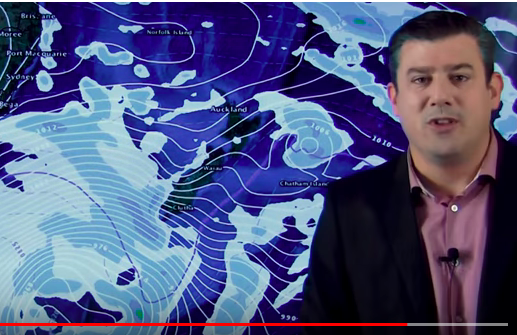 Cooler sou’westers are spreading nationwide today for many regions dropping temperatures and bringing snow to the mountains and ranges of the South Island.

Over the week ahead New Zealand can expect plenty of westerlies as the nation lies south of the high pressure belt and north of the Southern Ocean storms, placing us in the squash zone for windy westerly quarter winds.

Eastern areas may well still be sunny and dry and mild at times but the further south you go, especially south of about Hoktika to Christchurch, expect unsettled weather over the next week.