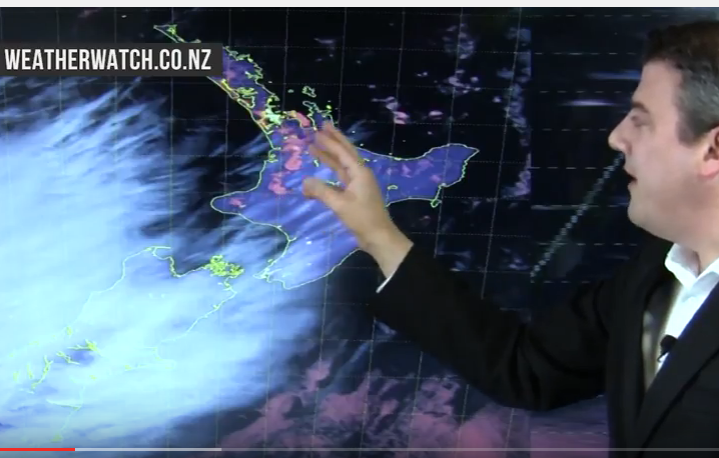 The large low pressure system set to affect New Zealand for 4 days is now moving in. While it was a foggy Friday in the north and a frosty start in the south the wind and rain are both moving in.

Saturday sees heavy rain around the north western side of the South Island while mainly dry in the Deep South and Otago. In the North Island rain clouds and windy sub-tropical northerlies kick in, with heavy falls possible later in the day or overnight in some western and northern areas.

Sunday sees heavy rain ease in the north east of the North Island while the rest of New Zealand has lighter, variable, winds and a mix of showers, sunny spells and cloudy areas.

By Monday weâ€™re into the back end of the low so colder south to south west winds and snow on the ranges of the South Island (and possibly some alpine passes for a time).