Weather Video: Warm week for many, rain likely by Friday 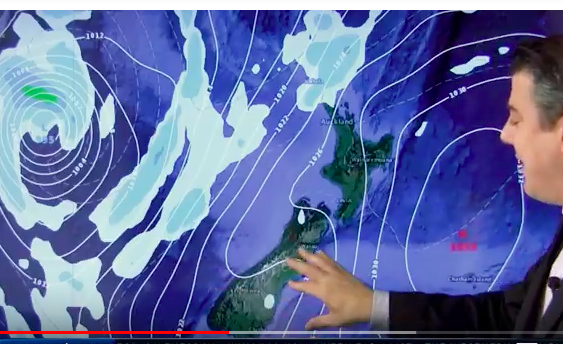 A typhoon is hitting Japan today while high pressure dominates New Zealandâ€™s weather this week with a large anticyclone anchored out to the east of the North Island for the next 4 or 5 days ahead.

By Tuesday – which is Halloween for some – the weather looks fairly calm although some downpours are possible around Wairarapa and the lower North Island and upper South Island ranges.

Wednesday is another warm day with parts of the east and South Island close to 10 degrees above average for this time of the year at the warmest part of the day.

But over Thursday and Friday we transition into a cooler, wetter, west to south west air flow with temperatures dropping in many areas. We also take a look at Typhoon Saola which is impacting Japan over the next day or two.